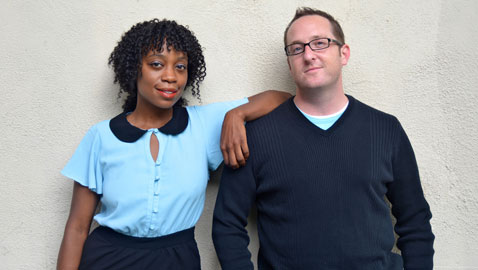 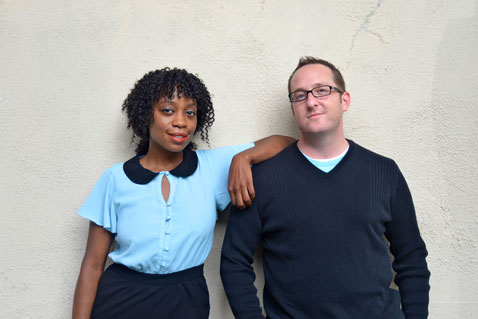 Ayshia Stephenson and Brian Moore-Ward are the founders of the Performing Fusion Theatre and its upcoming Somerville Theatre Festival. (Photo: J. Hayhurst Photography)

Somerville’s Performing Fusion Theatre wants short plays from playwrights and to audition the actors, musicians, singers and dancers who will make them come to life at its inaugural Somerville Theatre Festival.

The group’s mission is to encourage intercultural dialogue and give a voice to politically alienated groups, and its festival – planned for Jan. 24-25 at The Center for Arts at the Armory – bears the theme “equality.”

Give us a story about gender, racial, political, economic, sexual, religious or even interpersonal equality or lack thereof. Make it a comedy, a drama, a romance or all of the above – just make it grab us … take artistic leverage, take risks. We are not a company to shy away from displaying provocative and thought-provoking work.

Each play will run both nights of the festival, which is to start with music and food at 7:15 p.m. Tickets are $15 in advance and $20 at the door.

Plays should be no longer than 10 minutes and designed for minimal props and no more than four characters, and the deadline for submissions (with a $20 submission fee) is Nov. 1. Ten finalists will be chosen and the winning playwrights will have their work cast, produced and staged by the company – and performed  by the performers auditioning from 10 to 5 p.m. Nov. 17 at the Armory.

Applicants of color and members of the LGBT community are strongly encouraged to apply, the founders said, but “whatever your look, you must have talent and passion.”

The Center for Arts at the Armory is at 191 Highland Ave., Somerville.