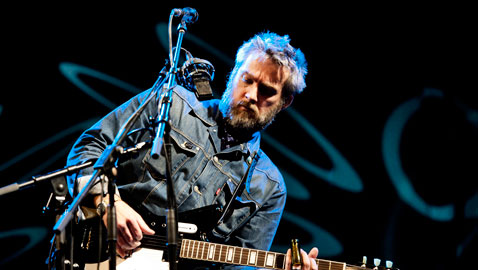 Hip-hop has DJ Premier, rock has Rick Rubin and EDM has Joachim Garraud. For anyone who’s enjoyed albums dating from the late 1990s from performers such as Ryan Adams, Kings of Leon, Paul McCartney, Ray LaMontagne, Tom Jones, Kaiser Chiefs, Rufus Wainwright, The Boxer Rebellion, Crowded House, The Vaccines, Laura Marling, The Staves and Crosby, Stills & Nash, the name behind the music they seek is Ethan Johns.

But Johns also records on his own – his first album, “If Not Now, Then When?” was released in 2012, and he’s touring now behind the Ryan Adams-produced “The Reckoning,” released just Aug. 12.

Here’s how Hal Horowitz described the album in American Songwriter:

This is very much in the troubadour tradition, focusing more on voice and emotion than musical hooks or catchy choruses. It’s haunting, generally reflective and completely non-commercial in its direct, unflinching bleakness. When electric guitar and crashing drums make surprising appearances on a few tracks about halfway into the program, the effect is startling and wonderfully powerful.

Johns, a multi-instrumentalist who owns the indie record label Three Crows Music and is the son of British invasion producer and engineer Glyn Johns, plays at 8 p.m. Wednesday at Passim, 47 Palmer St., Harvard Square. Tickets are $20, or $18 for Passim members. Call (617) 492-7679.