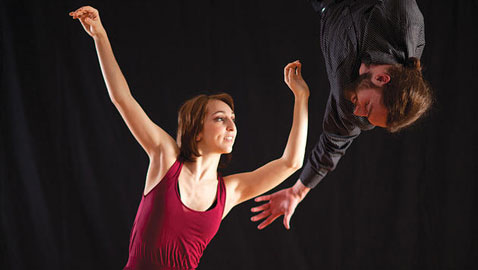 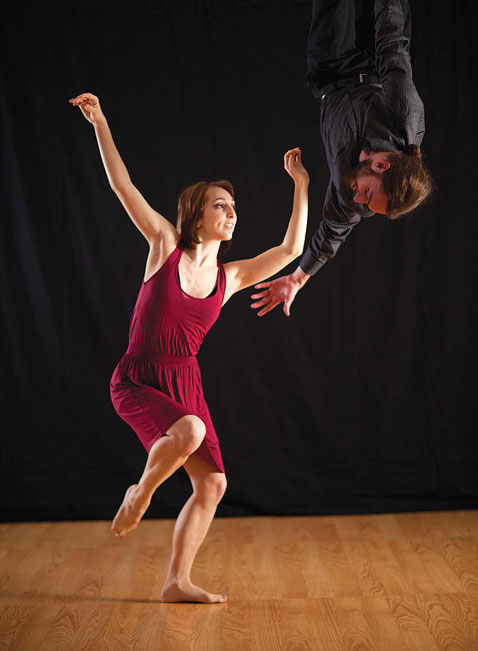 The Luminarium Dance Company takes more creative leaps around and forward with its production “The Sleeprunner,” opening Friday at East Cambridge’s Multicultural Arts Center. In addition to expanding to a two-week run and boasting costumes by buzzy New York designer Sueann Leung, the show is the troupe’s first as a single, fluid narrative.

Which is not to say watchers should expect an edge-of-your seat, tightly plotted tale. In “The Sleeprunner,” artistic directors Merli V. Guerra and Kimberleigh A. Holman have nine performers (including Guerra) in an evolving, vivid dreamscape that shows what happens upon drifting off to sleep – a full night’s journey of the “sensible to quirky, humorous to dark,” told through dance.

“We’re excited,” Guerra told Glenn Williams on his “It’s All About Arts” Boston cable access show. “In the past, we’ve done … a set number of pieces throughout the night and there isn’t necessarily one theme going through them, they’re all individual. This particular show is our very first one, consecutive piece. There’s a very interesting loose narrative … all about dreams and sleep.”

Friday’s opening night performance will be followed by a reception and chance to mingle with the company’s directors and performers.

“The Sleeprunner” will be performed at 8 p.m. Friday, Saturday and Dec. 12 and 13 at the Multicultural Arts Center, 41 Second St., East Cambridge. Tickets are $23 for general admission, or $20 for students, seniors or Boston Dance Alliance members. Information is here.