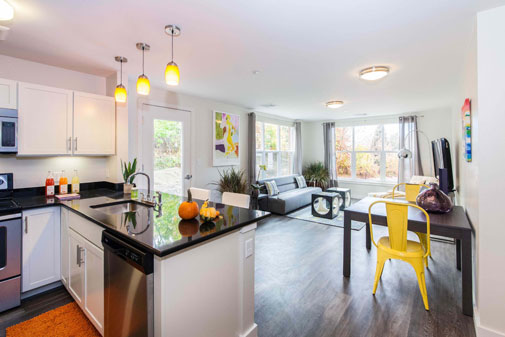 New-construction, multi-unit apartment buildings continue to rise around Cambridge, all bearing the promise of helping keep real estate prices from continuous explosion and invariably claiming to be transit friendly. How do the three latest examples of apartment buildings stack up, especially for people for whom fancy and new isn’t a big factor? We broke it down based on materials available from their developers and agents, with prices based on a month’s rent: 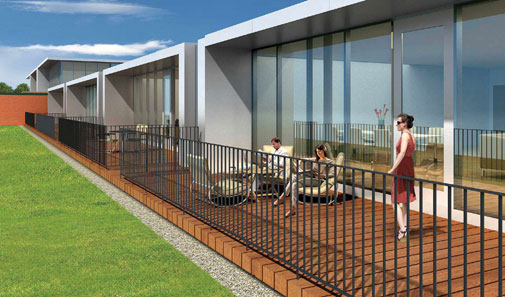 When: Under construction for spring occupancy

Where: 15 Richdale Ave., near Porter Square

What: 46 loft-style apartments with an average size of 1,200 square feet. An added penthouse structure gives outdoor terrace space for almost half of the units.

More: This is a conversion of a 1910 building that began as the Hathaway Bakery and has more recently held more industrial uses, such as a popular, family-run storage business. Its developers claim to keep “remnants of the bakery incorporated into the design of a modern community,” including retaining post and beam industrial construction and exposed brick walls. The location is legitimately public transit friendly, being less than a quarter-mile from the Porter Square T stop – a four-minute walk or two-minute bike ride.

Compare: An older, less-fancy Walden Street studio apartment even closer to Porter Square listed Saturday on Zillow for $1,600, and a one-bedroom condo for rent was listed at $1,850.

Where: 1 Whittemore Ave., North Cambridge, on the Linear Park spoke of the Minuteman Bikeway, near Alewife and Somerville’s Teele Square.

What: 67 apartments of one-, two-, three- and four-bedroom units, including private-entrance townhouses.

More: Linea plays off its transportation opportunities, noting its access to Route 2, the Alewife Brook Parkway and the nearby MBTA red line, saying it “opens up all of New England to you at a moment’s notice.” Alewife is a little over a half-mile away, for a 12- to 13-minute walk or a bike ride of about five minutes. It’s the cheapest one-bedroom option of the three for the most square footage, and the only four-bedroom option.

Compare: An older, less-fancy Whittemore Avenue studio even closer to Porter Square listed Saturday on Zillow for $1,500, one-bedrooms started at the same $2,400. 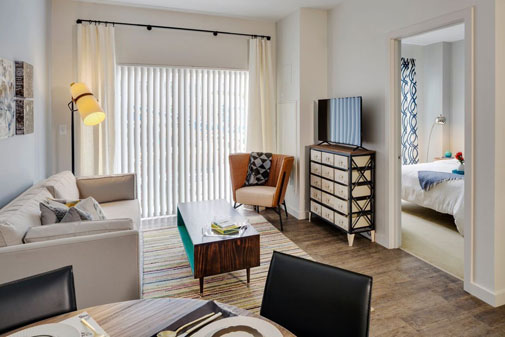 Where: 240 Sidney St., in the MIT University Park neighborhood of Cambridgeport, near the MIT/Area II neighborhood.

More: Chroma salespeople cite its access to the Central Square red line T stop and Massachusetts Avenue buses, Whole Foods, Trader Joe’s and local restaurants and retail and say its rates are better than the average monthly rents in Kendall Square – $3,480 for a one-bedroom compared with Chroma’s $2,650 average, for instance – for workers at the companies continuing to come to the area. “Today’s rental market is driven by walkability. Chroma’s location offers unprecedented proximity to major employers, institutions and transit,” said Jessica Buonopane, a vice president at National Development. The truth is that from 240 Sidney to the Central Square T and those restaurants and retail is the better part of a mile, making it about a 15-minute walk or five-minute bike ride. But it’s potentially the lowest price of entry to a new-construction apartment of the three, if a studio is acceptable and available.

Compare: An older, less-fancy studio in a William Street home significantly closer to Central Square listed Saturday on Zillow for $1,200, while a one-bedroom in a building at 720 Massachusetts Ave. in the heart of the square was listed at only $1,550-plus.