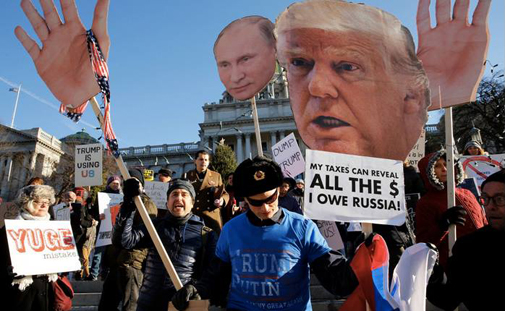 A protest is planned for today in Harvard Square by a group called Cambridge Area Stronger Together.

A “Not-My-President’s Day” Vigil is planned for 12:30 to 1:30 p.m. today at The Pit in Harvard Square by a group called Cambridge Area Stronger Together.

People are asked to bring signs “and your voices and get loud” at what’s intended to be just the first of a series of weekly vigils to voice opposition to the policies of President Donald Trump’s administration, said Nancy Alach, an organizer.

The vigil is to show support for appointing a special prosecutor to investigate the Trump administration’s ties to Russia; for the release of Trump’s tax returns; and the general goal of supporting “truth and government transparency,” organizers said.

The group plans to hold an organizational meeting from 6:30 to 8:45 p.m. Feb. 28 in the Lewis Room at the Central Square branch library, 45 Pearl St.