Flying in for a fall visit to the branch office 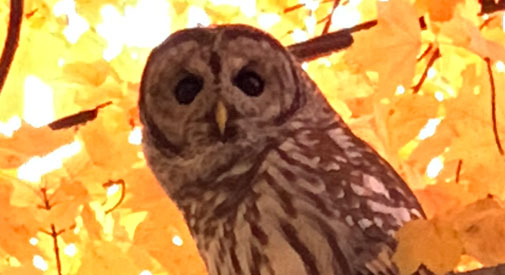 Flying in for a fall visit to the branch office

Residents of Thorndike Street in East Cambridge had a visitor Sunday that helped highlight how brilliantly fall has come to town. Abby Fechtman was among those taking notice: 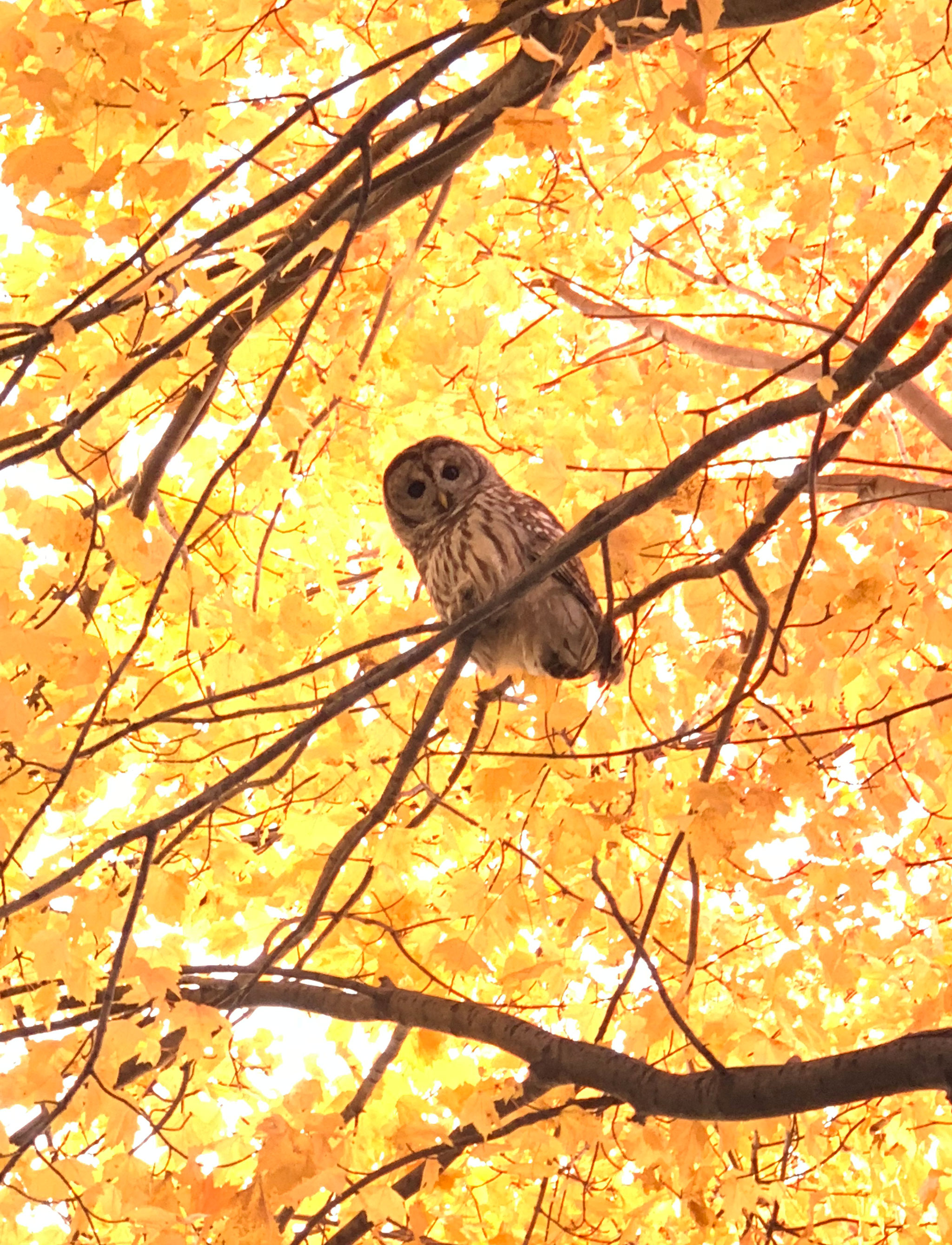 What kind of owl? The Audubon Society says there are eight species common in Massachusetts, and this looks most like a barred owl, though it also has a tawny look to it – and the tawny is a Eurasion bird. 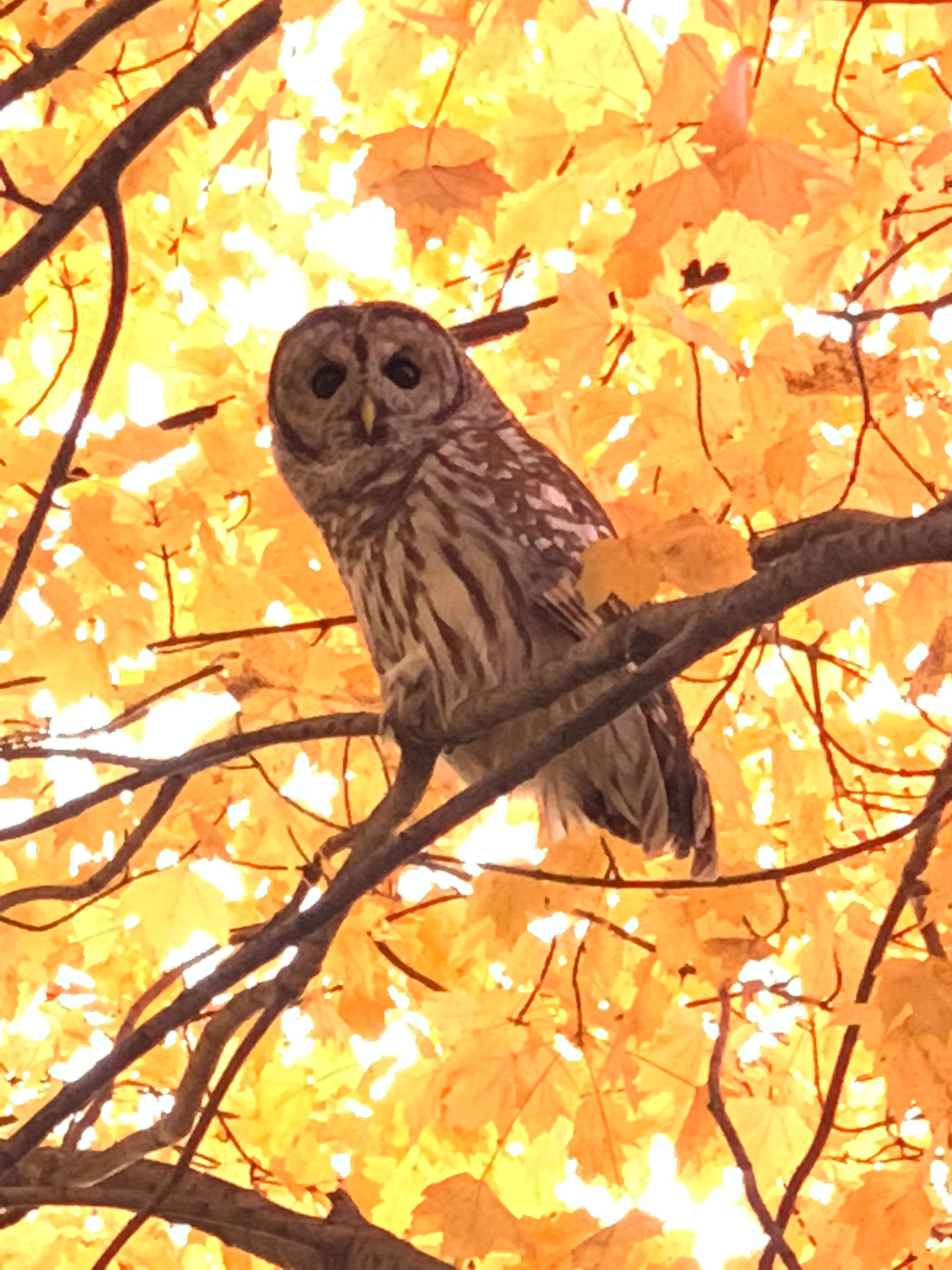 Surprisingly, the previous Nice Shot was of an owl as well – a snowy owl spotted in February by Tim Halle on Allston Street, next to Old Morse Park in Cambridgeport.