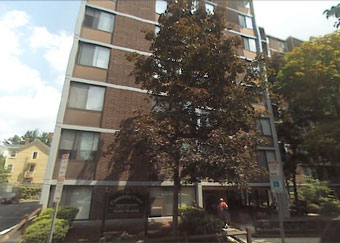 The 122-unit Cambridge Court senior housing building at 411 Franklin St. is slated to get $3 million for rehabilitation, creating 46 construction jobs, the state says.

Gov. Deval Patrick has pledged $71 million in housing development awards for 21 communities across the commonwealth, with more than $9.5 million going to affordable housing in Cambridge, said state Rep. Alice K. Wolf, a Cambridge Democrat, in a Thursday press release.

In addition to rehabilitating old affordable housing units, the Cambridge projects are expected to create more than 150 construction jobs, she said.

“I am delighted that 411 Franklin St., the Cambridge YWCA and Central House at the Cambridge YMCA will receive funds to improve these precious affordable homes,” Wolf said. “Believe me, all of these buildings really need the upgrades.”

The Cambridge projects are:

Cambridge Court
Silver Street Development will use $3 million in state Department of Housing and Community Development program subsidies to support the rehabilitation of this 122-unit development for those 55 and older, including major systems and fire safety upgrades. The building includes 92 affordable rental units. The project is expected to create 46 jobs.

Cambridge YWCA
The Cambridge YWCA will use $3.9 million in department program subsidies to substantially rehabilitate 103 affordable single-room occupancy affordable rental units for women;  26 of the units will be for homeless and extremely low-income women. The project is expected to create 70 jobs.

Central House
Caritas Communities will get $241,558 in federal low-income housing tax credits and $2.4 million in department program subsidies to complete improvements and safety upgrades to this 128-unit, licensed single-room occupancy building. Thirteen of the units will be reserved for extremely low-income individuals. The upgrades are expected to create 37 jobs.