Amid debate over debates, Toomey has challenge for challengers: release tax returns (update) 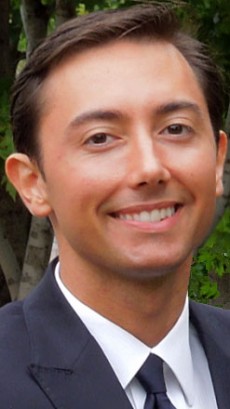 Amid debate over debates, Toomey has challenge for challengers: release tax returns (update)

Toomey released his past three federal and state tax returns to the public Tuesday for examination  here and called upon independent candidate Mike “No Money” Connolly, 32, of Cambridge, and Republican Thomas Michael Vasconcelos, 25, of Somerville, to do the same before the Nov. 6 election.

It was a surprise move, as the three campaigns had been wrestling with a debate schedule — Connolly and Vasconcelos wanted five; Toomey, 59, wanted one, but “a single, open-ended, unmoderated, televised debate with no time limits” — and Toomey campaign manager Max Chalkin said Tuesday that he was blindsided by the challengers releasing debate information; the campaigns agreed to a joint press release, he said.

Chalkin had previously agreed to talk about a debate schedule early Tuesday. But when contacted he said he wasn’t prepared to talk about it because there were still details of time and place to be worked out, even after the previous night’s hourlong meeting at 1369 Coffeehouse in Inman Square between Chalkin, Connolly’s volunteer campaign manager, Frank Gerratana, and Vasconcelos. The challengers’ campaigns, though, said there were set dates in the cities the seat represents and that the main detail remaining was pinning down locations to hold the events.

The events are planned for Oct. 16 in Somerville and Oct. 23 in Cambridge, the challengers’ campaigns said. Vasconcelos added the detail that there are six or seven locations that could hold the events and generally confirmed that possibilities include Somerville’s high school or Broadway senior center and the Central Square Theatre in Cambridge.

Other details that were able to be confirmed Tuesday: The events will be moderated, start with two-minute candidate statements and run through 90-second responses to approved questions collected in advance from the public via the Web. (The process for this also to be determined, but a shared Google Forms site seemed likely, Vasconcelos said.) The final segment of the debates will give candidates 40 minutes to ask each other questions and respond.

“We met for a little over an hour and threw a lot of ideas out. There was no arguing,” Vasconcelos said, although he was adamant that in the final part of the debates the candidates were allowed to  surprise each other with questions. “I want to be able to ask questions that show I have a few tricks up my sleeve. Sometimes it’s better to catch them off guard, because stuff can happen during the debate.”

Part of the discussion, Connolly said, was that Oct. 16 is the night of a presidential debate, leading to discussion of a 6 p.m. start that would give watchers time to get home before President Barack Obama and Republican challenger Mitt Romney square off at 9 p.m.

The Toomey campaign, though, was focused on the tax returns Tuesday, saying that “calls for transparent and accountable government should extend to the candidates themselves.”

“My campaign continues to set the standard in this race for openness and transparency,” Toomey said in an accompanying press release, citing his call for the televised, no-time-limit debate along with his reporting of campaign donations smaller than $50, which are not legally required to be reported. “I think the public deserves to know who they are really voting for.”

“My tax returns will show that every year I choose to pay the higher 5.85 percent income tax rate,” Toomey said. “I do this because on Beacon Hill I advocate for tax policies that require us all to pay our fair share so that we can properly fund the programs and services that our neighbors need. It wouldn’t be right for me to advocate for one thing and do another.”

Update: Toomey sent an e-mail Tuesday afternoon clarifying his conflict with an Oct. 23 debate — his commitment to attend the annual meeting of the Community Action Agency of Somerville the same evening. He also showed there was even more disagreement. “At the end of the meeting Monday night, all campaigns were clear that any details were tentative and would be finalized in the coming days. Not only have the dates been an issue of contention among the campaigns, but other details, such as format and location, have not been settled,” Toomey said. “For some reason, my opponents do not want to hold our Somerville debate in the legislative district. I find this unacceptable and disingenuous considering their public calls for debates that are easy for voters to attend and access.” (The challengers have said that if there were a limited number of debates, they would trade being in the district for a venue that would hold a large number of constituents.)