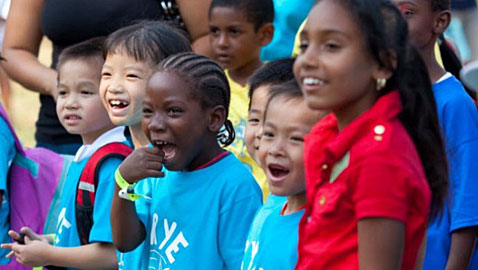 Two Cambridge nonprofits won big in a friendly, online fundraising competition this month, resulting in nearly $59,000 for their programs.

Out of more than 500 charities competing in The Giving Common Challenge,  the student-run Phillips Brooks House Association, based in Harvard Yard, won top ranking by having the most people donate: 379 supporters contributing $17,102. That earned it a grand prize of another $25,000 out of the total $100,000 in time-based and grand prizes given out by the challenge.

“This money will allow us not only to continue providing quality services but imagine an exciting future,” said the association’s student president, Carolyn Chou. “The dedication and support of our donors is a testament to the work we do, and it will allow us to keep going despite a tough financial environment for nonprofits.”

She called the donor support “overwhelming.”

The competition ran 36 hours starting 8 a.m. Oct. 10 and raised more than $1 million, according to The Boston Foundation, which set up The Giving Common website as a way to make it easier for people to donate to charities — first by searching by issue, geography and other variables, then by making it safe and easy to give online.

To keep things lively and spur fundraising, the challenge included mini-competitions; Phillips Brooks House won a $2,000 “happy hour” prize, awarded to the first 10 nonprofits to get 50 unique gifts between 6 and 8 p.m. Oct. 10. Breakthrough earned an additional $2,000 for getting more than 50 unique gifts in an hour.

The money raised by Phillips Brooks House will support more than 80 community-service programs led by 1,600 college students in areas ranging from adult services to student services and mentoring.

Breakthrough Greater Boston will add the winnings to funding for its out-of-school time and teacher training programs.

“We rely on the generosity of our supporters,” aid Elissa Spelman, Breakthrough’s executive director. “Breakthrough Greater Boston is in the midst of an exciting expansion from Cambridge into Boston, so the awareness and visibility of our organization within Boston’s philanthropic community couldn’t come at a better time. We extend our sincerest gratitude to all who supported us.”

Placing ninth was “not only an honor for our organization, but a testament to the dedication of the broader Breakthrough community,” Spelman said.

The idea behind Breakthrough stems from research showing that out-of-school-time programs such as those offered by the program are critical to closing the achievement gap. In Cambridge, every senior enrolled in six-year Breakthrough Cambridge programs over the past four years has matriculated to four-year colleges — last fall that included Boston, Bucknell and Lehigh universities and Vassar and Wellesley colleges — and 96 percent are still in college, Spelman said.

In Breakthrough’s “students teaching students” model, 80 percent of teachers trained through its programs and who graduated in 2010 and last year are teaching in urban school systems, she said.