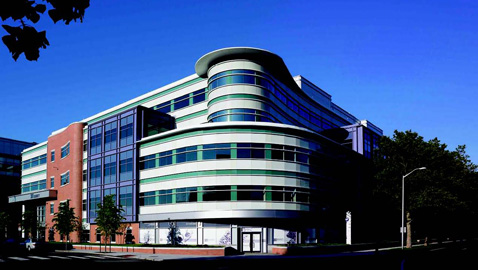 When Ironwood Pharmaceuticals’ chief executive said the biotech company was staying in Cambridge, he was serious.

The company amended its lease last month to take on another 93,000 square feet at 301 Binney St., meaning its occupancy in the five-story life sciences facility will increase to approximately 303,000 square feet, according to landlord BioMed Realty Trust in an Oct. 31 announcement. In addition, the term of the lease now extends through Jan. 31, 2018.

After winning Federal Drug Administration approval for an irritable bowel syndrome drug called Linzess this summer, Ironwood brought on some 350 more workers, mostly in sales,  prompting Chief Executive Peter Hecht to say the company had “no immediate plans to move from its headquarters in Cambridge.”

The follow-through came less than two months later, in the form of the expanded lease agreement.

As nice as it is for Cambridge to keep Ironwood as Boston’s Seaport District aggressively recruits tenants in the innovation industries, the lease is also a boost for BioMed, which specializes in real estate for biotech and pharmaceutical companies, scientific research institutions, government agencies and other institutions in life sciences. It owns or has interests in properties of some 13.1 million rentable square feet, mainly in major U.S. life science markets including Boston, San Francisco, San Diego, Maryland, New York and New Jersey, Pennsylvania and Seattle.

This latest expansion and extension for Ironwood means BioMed has leased approximately 600,000 square feet of laboratory and office space in the Cambridge-Boston market within the past 24 months. Early last month it announced the move of Idenix Pharmaceuticals from 60 Hampshire St., where it has been in a contentious relationship with noise-sensitive neighbors, to BioMed’s 184,405-square-foot building at 320 Bent St. — former home of Ironwood.

“We are delighted to expand and extend our partnership with Ironwood Pharmaceuticals and continue supporting their ongoing efforts to discover, develop and commercialize medicines,” said Alan D. Gold, chairman and chief executive of BioMed.