‘Perfect Christmas’ is only latest delivery ‘Arthur’ creator can talk about 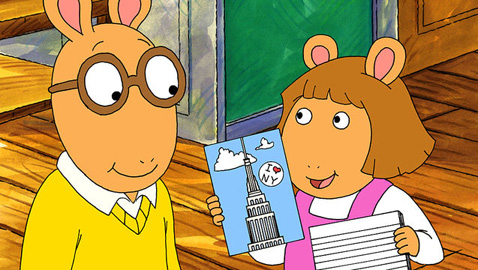 ‘Perfect Christmas’ is only latest delivery ‘Arthur’ creator can talk about

“Arthur’s Perfect Christmas” is the latest creation of Marc Brown, who is scheduled to speak Nov. 15 at Lesley University. 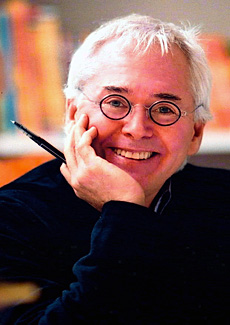 Brown is speaking as part of the Strauch-Mosse Visiting Artists Lecture series, which is free and open to the public. (Photo: Rob Muller)

There are few perfect, unspoiled blends of children’s fun, education, art and commerce, but Marc Brown, creator of the beloved “Arthur” children’s book character and television series and a healthy handful of other successful franchises, seems to have the formula.

With the recent arrival of the “Arthur’s Perfect Christmas” DVD showing the continued strength of the franchise, Brown is scheduled to speak at Lesley University on Nov. 15 to talk about how he does it — his creativity, new work and adapting books to television — and offer observations on the state of children’s books, university officials said.

“Marc’s insights touch so many fields of study — from illustration and children’s literature, to early and elementary education and television,” said Stan Trecker, dean of The Art Institute of Boston at Lesley University. “His characters and stories have transcended the page to become a familiar and positive presence in the lives of young people worldwide. We’re thrilled to welcome him again.” (Brown last visited Lesley during the 2009 commencement ceremony, when he received an honorary doctor of fine arts degree.)

Brown is speaking as part of the Strauch-Mosse Visiting Artists Lecture series, which is free and open to the public. Reservations are strongly encouraged, and can be secured here.

Before his ventures with Arthur, Brown held many different jobs, his official biography says, including truck driver, soda jerk, actor, chicken farmer, television art director, short order cook and college professor. Today, there are more than 66 million “Arthur” books in print in the United States alone, “Arthur” is watched by children and families in more than 100 countries and the show, for which Brown serves as executive producer, has won six Emmy Awards and is the most-watched children’s show on PBS.

Brown is the creator of another popular PBS children’s show, “Postcards from Buster” — like “Arthur,” produced with WGBH in Boston and Cookie Jar Entertainment in Montreal — and has illustrated many other books for children, including “Wild About Books” and “Dancing Feet.” Brown and his wife, Laurie, are the creators of the critically acclaimed nonfiction Dino Life Guides for Families and created the books “How to Be a Friend: A Guide to Making Friends and Keeping Them” and “What’s the Big Secret? Talking About Sex with Girls and Boys.”