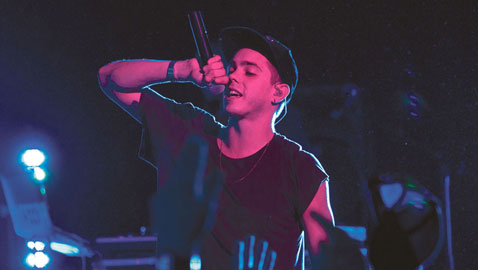 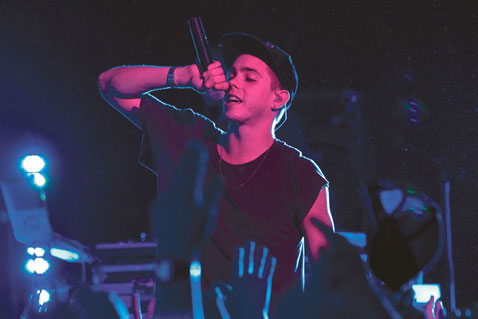 Sammy Adams: The rapper who made his name with the tune “I Hate College” in 2010 should possibly just stay away from the place. In August, a performance at Houston’s Rice University drew about 30 students, by the estimate of a student newspaper; a Nov. 18 performance at New Hampshire’s Keene State College turned into a different kind of disappointment with student complaints that Adams was lip-syncing. “Is he not talented enough to show us his real voice?” one student asked in a story written by Sam Norton.

Norton noted that artists including Whitney Houston, Britney Spears and Kanye West have faced the same accusations, and he explained the “half-track” DJ technology that leaves gaps in recorded songs so sets can be customized as performers travel — making lip-syncing possible but demanding a perfect sound mix and timing. The writer also ran through some embarrassing calculations:

However, ticket sales brought in an income of approximately $8,500, bringing the actual cost of the fall concert to $28,500, according to Ferrell. She said that the Social Activities Council (S.A.C.) planned to spend somewhere around $30,000 on this year’s Fall Concert. But some students think that this concert performance was not worth the expensive price tag.

Michael Graham, who helped with the tech setup of the concert, said, “We’re paying a guy to come here, lip sync and smoke [marijuana]? I think we may want to think about the message we are saying.” 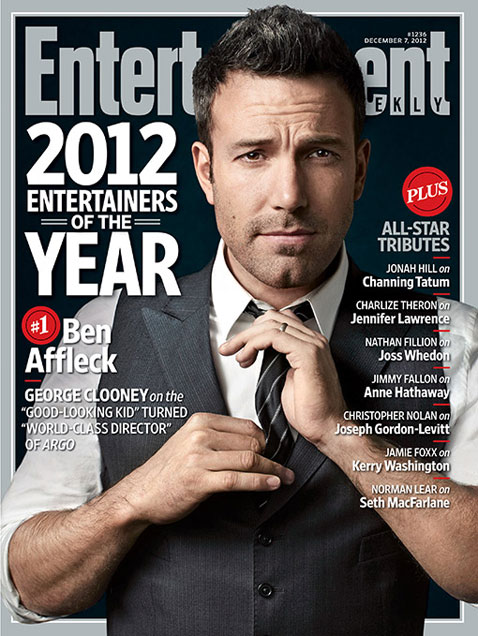 Ben Affleck: Adding to a great year for Affleck, Entertainment Weekly named him its Entertainer of the Year, noting his accomplishments in “Argo” as director and actor and as a comeback story — likely headed back to the Oscars stage after winning with Matt Damon for the screenplay of 1997’s “Good Will Hunting.” But, even as the film prepares to cross hit $100 million at the U.S. box office at the seven-week mark, not everyone is thrilled by the choice. Meaning the site Hollywire. But Hollywire’s suggestions for who deserves it more are generally unconvincing: Channing Tatum, Jennifer Lawrence and Lena Dunham? Really? The final suggestion is the most convincing, but not overwhelmingly so — Joss Whedon, writer and director of this year’s “The Avengers,” which grossed $207.4 million in its U.S. opening weekend alone.

“Argo” is coming out on Blu-ray and DVD on Feb. 19, according to The HDRoom website, sure to come with all sorts of interesting extras and commentary tracks. The Hollywood Reporter’s recent director’s roundtable, which included Affleck, provided a peek, such as how terrible Affleck felt firing an actor (because he couldn’t speak Farsi, as claimed) because of an experience on set as a child. “The director threatened to fire me. That traumatized me. I was 13 years old, and I went around in fear of being fired,” he said.

And in possibly the oddest bit of “Argo” news, The Hollywood Reporter says it’s taken only weeks for the movie to inspire a vintage eyewear trend. (Wasn’t this already a hipster thing?) Seen spotting the clunky frames: Rashida Jones and Kristen Stewart.

Wait, did someone say Kristen Stewart? Gossipers such as the classy In Touch magazine think she’s going to break up Affleck’s marriage with Jennifer Garner because of the sex scenes she might have with Affleck if she wins a role opposite him in “Focus.” And OK magazine has anonymous quotes that “Ben was following Rihanna like a puppy” at the GQ Awards. “He kept trying to think of reasons to talk to her. He told her he loved her in ‘Battleship,’ and he’d love to work with her.” The Gossip Cop over at Opposing Views, though, has a source saying Affleck spent a half-hour at the event, busy throughout, making the rumors more or less impossible.

The good news-bad news seesaw continues with snark about how Affleck is “obsessed” with winning an Oscar, wearing Garner out with his constant campaigning (which also seems like nonsense) versus the seemingly endless stream of photos of Affleck with his kids, being a good dad. This past week, some of the photos included visiting grandmother to those kids Chris Affleck, the Harvard-educated elementary school teacher who lives near Central Square.

But anyone going on “This Week” with George Stephanopoulos to urge U.S. intervention in the Congo — Affleck is founder of the Eastern Congo Initiative charity — is deserving of some respect, and maybe some love. Like what Crushable’s Jamie Peck, who also loves his“Argo” beard, gave him for saying:

When you’re younger and have the early success that I had — it sounds like the worst Hallmark cliché — but I didn’t have anyone to share it with. I don’t mean I wanted someone to sit by the fire with. But when you have a family and children, you kind of see yourself reflected in them. I want to make the kinds of movies that my kids are proud of. I have higher standards, in a way, for them.

Peck’s reaction? “Ben Affleck is the perfect human man, at least on the inside. And, truth be told, he might still be okay on the outside, too. Perhaps my love for him is more than beard-deep, after all.” 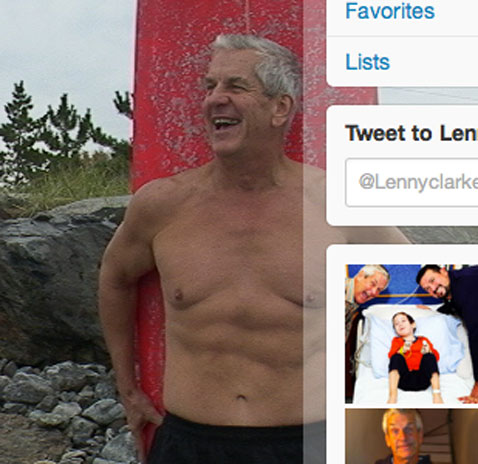 Lenny Clarke: Press for this comedian and actor goes to some weird extremes. The Dorchester Reporter had an item Thursday about his work as a spokesman for Weight Watchers (“I’m 56 years old and I have a six-pack. I’m in the second half of my life and it’s better than the first.”) The same day The Boston Herald reported how angry Clarke was about @TheLennyClarke, a Twitter parody account. “I challenge this Internet coward to a fight,” he told the paper’s gossip column. “Come out from your hole, we go at it, and the money will go to a children’s charity. I have to finish off this impostor.” (Clark is at @LennyClarke, where the wallpaper is a picture of — can anyone guess? — a shirtless Lenny Clarke. With a six-pack.)

“I’m working on a one-man show about the controversy between @LennyClarke and @TheLennyClarke to debut at the Reliable Market in Somerville on Christmas,” comic Eugene Mirman tweeted. 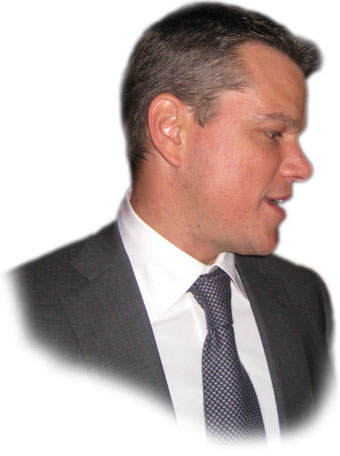 Matt Damon: Bicyclist Lance Armstrong, stripped of his Tour de France titles after declining to fight accusations of doping, will not be played by Damon, as chatter had it. “I was way too old 10 years ago to play him,” Damon told MTV News. “I still think that story is remarkable and I’m sorry for what’s happened, but I have to say he’s done incredible things and he’s given a lot of people a lot of hope, he’s made a hell of an impact on a lot of lives and he raised a ton of money for cancer research. I love the guy.”

Damon also did some reminiscing on the early days of his career this past week. He lost a role in “To Die For,” the 1995 film by Gus Van Sant — with whom he did “Good Will Hunting” in 1997 and the upcoming “The Promised Land” — because he looked too all-American, The Village Voice recounted from a TimesTalk. The role went to Joaquin Phoenix. Damon also was quoted in OK Magazine talking at the Independent Film Project Gotham Independent Film Award about 15 years earlier when he was first invited to the awards ceremony with Affleck:

Gwyneth [Paltrow] invited us — we were like, ‘Fuck yeah, we’d like to go.’ And Calvin Klein gave me a suit. As I was putting it on that night 15 years ago, I realized — and this is not a joke — I realized that if I added up the amount of money that all my clothes I had ever owned in my life were worth, they wouldn’t be worth as much as this suit that I was putting on. That was the first moment that my life got surreal.