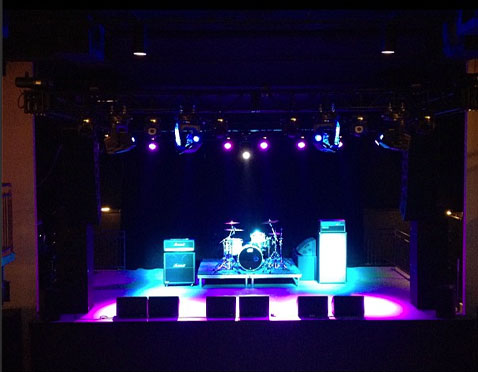 The stage at The Sinclair in Harvard Square is shown in an Instagrammed photo by staff. Concrete Blonde is the inaugural band tonight.

The Sinclair nightclub finally opened for business at 7 p.m. Wednesday with a show by Concrete Blonde, management said in a Facebook post. The 525-person concert hall and 104-seat restaurant with two bars was to open Oct. 30, but blamed complications from construction for repeated false starts and delays — frustrating at least one person enough to inspire a Tumblr reported by The Cambridge Chronicle two days ago and now apparently down.

“We are so pleased to open our doors to you tonight,” managers said on Facebook. “We’re still working on a couple of things behind the scenes, so The Sinclair will only be opening on nights that we are hosting artists. On those nights, we will be offering limited menu options.”

Managers promised a full offering “within a few weeks.”

“Thanks for your patience,” they said, “now let’s rock!!”