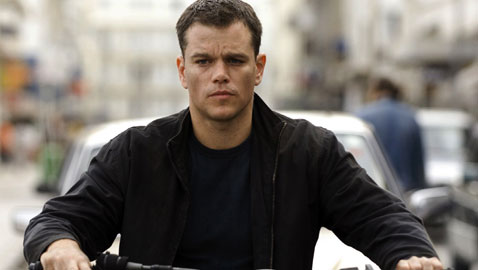 Ben Affleck: In the past week Affleck was nominated for a Golden Globe for directing “Argo” (“It’s exciting. When you’ve been kicked around a little bit, you have greater appreciation for a good thing,” he told USA Today) and named one of Barbara Walters’ 10 Most-Fascinating People for the year – as well as one of Mancunian Matters’ top five poker-playing celebrities. But he also mourned the death of Aloisea Inyumba, the Democratic Republic of Congo’s longtime minister for gender and family promotion, in his role as founder of the Eastern Congo Initiative.

In other Affleck news, Kristen Stewart has been announced officially as his co-star in the con-artist comedy “Focus,” Deadline reported. And in other Affleck not-really-news, Olga Kurylenko told BlackBook magazine that working with Affleck on Terrence Malick’s “To the Wonder” really was hell, because “He had to be Neil, this cold person, and I assume he was instructed to stay in character on the set … It was awful.”

Casey Affleck: Boston writer Casey Sherman suspects the planned Casey Affleck film about the Boston Strangler steals from his 2005 book, “Search for the Strangler: My Hunt for Boston’s Most Notorious Killer,” the Boston Herald reported Thursday. A lawsuit was not mentioned specifically in the story.

Dane Cook: Although NBC ended Cook’s sitcom “Next Caller” only four episodes into a six-episode order, Deadline reported Friday that the network and Cook are still in business together for an untitled, undescribed project. “Dane Cook is one of the most talented comedians working today. He has a broad fan base and always fresh point of view. We are eager to get started working on his next project,” NBC Entertainment president Jennifer Salke told Deadline.

Matt Damon: Damon’s interview with Playboy is drawing lots of attention for reasons small (he had to turn down “Avatar,” “Milk” and “Brokeback Mountain”) and salacious (calling Michael Douglas “a wonderful kisser”). Sexuality has emerged as a major theme of the interview, at least in what most are taking from it as being newsworthy, including the actor’s warning that some people should just stay away from the Liberace biopic he’s filmed with Douglas.

“Well, normally I’d say no to nudity, but I just did a lot of it playing the long-term partner of Liberace, Scott Thorson, in ‘Behind the Candelabra.’ I mean, it’s tastefully done, but this movie’s not going to be for everyone,” Damon said. “There’s stuff I think will make people uncomfortable. Great. It’s HBO – they can change the channel.”

Damon said he and Ben Affleck faced a lot of rumors early in their career they were gay, which Damon said he simply refused to deny because the denials would be offensive to gay friends. “The whole thing was just gross. But look, there have been great signs of progress – the fact that Anderson Cooper and Ellen DeGeneres can come out so beautifully and powerfully, and it’s a big fucking deal that it turns out nobody gives a shit,” he told Playboy. (Now John Krasinski is asked about whether he could come between the Affleck-Damon “bromance.”)

At one point Damon asked Heath Ledger, who replaced him on “Brokeback Mountain,” how he gave his romantic scenes with Jake Gyllenhaal the needed sexual charge. Ledger’s response: “Well, mate, I drank a half-case of beer in my trailer.” When Damon laughed, Ledger said, “No, I’m serious. I needed to just go for it.”

Damon’s anti-fracking film “Promised Land” has drawn attention from conservatives and conservative media, and The Hollywood Reporter has what looks like the miniest of scandals concerning a question by conservative filmmaker Phelim McAleer, who’s making a pro-fracking documentary called “FrackNation.” His question was cut from a podcast of a Q&A session posted by Apple. (The “Promised Land” promotion event took place in an Apple store in New York.) The question: “It has emerged recently that the script – or that the funding for ‘Promised Land’ – came from a Middle Eastern oil nation. We hear a lot of criticism about sources of right-wing funding and right-wing projects. My question is, how does it feel to be a fully paid advocate for an oil-rich Middle Eastern government?”

We got funded by Focus Features and Participant. Participant Media has a blind slate deal with these people, Imagenation, who pay for like 10 percent of all of their films. So the first time we were aware that Imagenation was involved with our movie was when we saw the rough cut and saw their logo. And that’s that.

The deal, in place since January 2009, has also produced “The Crazies,” “Furry Vengeance,” “Fair Game,” “The Beaver,” “The Help,” “Contagion,” “Best Exotic Marigold Hotel” and “Snitch,” according to a Participant Media media statement quoted by The Hollywood Reporter.

Hot stuff! Looks like McAleer has another Watergate on his hands. It’s possible Apple cut his question simply because it had little to do with the film that was being promoted.

And another Jason Bourne project isn’t out of the question, Access Hollywood said, after being told by Damon that he “stays in touch with Paul Greengrass, who directed the second and third films in The Bourne Trilogy (he said the pair talk ‘all the time’), and their conversations always include brainstorming about how to bring Jason Bourne back to the big screen.” He also told Deadline that he’d approached Jonah Nolan about writing the next sequel …

because he and his brother Chris did such a brilliant job on ‘Batman’ and that whole mythology. I just said, ‘Can you put your brain on this? I can’t figure it out.’ And he took a run at it and he couldn’t crack it either. Paul and I have been talking about it for years. And we can’t quite see what the movie would be.

Mindy Kaling: The casting changes continue on “The Mindy Project,” with Mary Grill cast in a recurring role as “Mindy’s tomboyish, confident, party girl friend from college who is often assumed to be a lesbian” and reconnects with Kaling when she moves into her apartment building, TVLine reported last week. The news Friday in The Hollywood Reporter was that a surly nurse played by Beth Grant would be brought in as a series regular. She’s appeared in one episode.

Passion Pit: How good is a live show by this electropop band? Crave Online reviewer Rory Biller went to Lollapalooza in Chicago last August and complained about “enduring the tasteless, feel-good snoozefest that was Passion Pit for over an hour [before] the florescent-clad hipsters began to depart in droves and the denim-clad longhaired dirtbags condensed in front of Grant Park’s northern main stage for Black Sabbath.” Yet Guide Live’s Mario Tarradell describes a Passion Pit show as inspiring a crowd to be “jumping and singing. There’s no mope rock vibe here. Everything about Passion Pit in concert is akin to swigs of coffee and Red Bull.” And the band has, after all, basically sold out Madison Square Garden for its Feb 8 show.