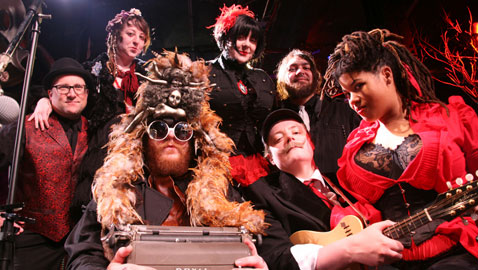 The annual RPM Challenge ended March 1, and that means thousands of albums created entirely during the month of February are suddenly available.

In 2010 local steamcrunk favorites Walter Sickert & the Army of Broken Toys released a free RPM Challenge album called “28 Seeds: The Last Radio Play” that led to an acclaimed stage translation in April 2012 at the Boston Center for the Arts.

Walter Sickert & the Army of Broken Toys has a show scheduled for March 23 at Brighton Music Hall.