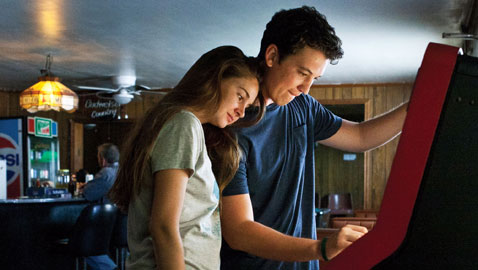 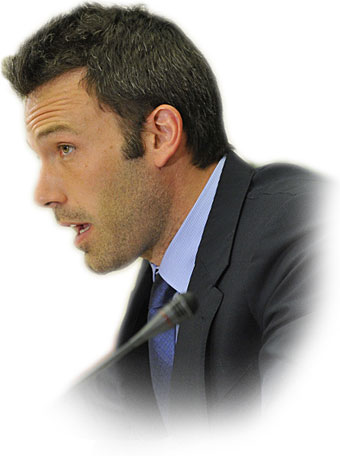 Ben Affleck: Pearl Street Films, the production company of Affleck and Matt Damon, just got rights to “Bunker Hill: A City, A Siege, A Revolution” via Warner Bros., Deadline reports, and the Revolutionary War story will be directed by Affleck from a script by “Argo” writer Chris Terrio. The book, by Nathaniel Philbrick, will be published April 30 by Viking. “Bunker Hill is hailed as the battle that lit the fuse for the American Revolution in 1775,” says Deadline’s Mike Fleming Jr.:

The unease between Bostonians and British troops turned violent after the Boston Tea Party, when violent sieges erupted in Lexington and Concord and a British blockade led to outright war in the Battle of Bunker Hill, a bloody clash that united the colonies and started the war for independence. The story is told by a group of participants, including a 33-year-old physician named Joseph Warren, who becomes a leader of the Patriot cause; Paul Revere, George Washington, British General Thomas Gage and others.

Casey Affleck: The Casey-Affleck-aided Independent Film Festival of Boston has announced its lineup, and it turns out the April 24-30 festival launches at The Somerville Theatre with James Ponsoldt’s comedy-drama “The Spectacular Now,” described as showing how “a hard-partying high school senior’s philosophy on life changes when he meets the not-so-typical ‘nice girl.’” (Ponsoldt will be at the screening.)

The festival’s opening night party is set for Somerville’s Orleans; the Friday night dance party for The Davis Square Theatre; and the Saturday night’s party for Sabur in Teele Square. Movies will also screen at The Brattle Theatre … and there might even be a few events taking place in Boston. The full preliminary press release is here on Indiewire.

Casey Affleck has more going on than the film festival, though. He and Joaquin Phoenix – with whom Affleck collaborated on the 2010 mockumentary-that-went-too-far “I’m Still Here” – have signed to make an actual documentary for the National Geographic Channel, according to Deadline. The documentary, set to screen in the fall, “chronicles people’s final days before death, celebrating their lives and legacy through documentary footage, home movies, personal testimonials and interviews with friends and family members.”

Dane Cook: Cook is a guest on The Nerdist’s 135th “You Made It Weird” podcast, which the A.V. Club describes as host Pete Holmes and Cook talking about “sleazy managers and what it’s like to be drawn in Mad magazine … it’s refreshing to hear Holmes steer the conversation away from the cloud of stigma that hangs over Cook.”

Also, totally reliable, never-wrong The National Enquirer is being named as the source for a report that Rihanna is hooking up with Cook to get back at controversial boyfriend Chris Brown. MTV has a representative for Rihanna saying the rumors are “completely untrue,” and unnamed representatives for pop stars are another totally reliable, never-wrong source of information.

Matt Damon: There are more details about Damon renewing his vows next month with Luciana Barroso, with invitees supposedly including Ben Affleck, Jennifer Garner, George Clooney, Brad Pitt, Angelina Jolie, Michael Douglas and Catherine Zeta-Jones. They’ll have the entire 78-room Sugar Beach resort on the Caribbean island of St. Lucia to themselves. (Will that really cost just $1 million?)

Mindy Kaling: After noting favorite sitcoms that started out sucking, including “30 Rock,” “Parks and Recreation” and “Seinfeld,” Kevin Fallon at The Week says Kaling’s Fox series “The Mindy Project” has “quietly grown from a charming but slight and clumsy comedy to one of the best new comedies on TV.” (If you follow the show, you might want to see what Kaling says about whether her character and Danny Messina’s will hook up. Vulture’s Denise Martin talked to Kaling.)