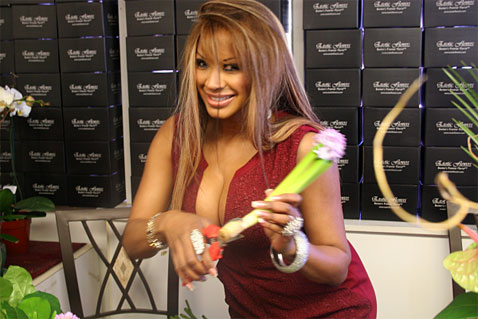 The big deal, of course, is Sunday’s Oscars, where Hollywood.com’s Kelsea Stahler worries how Seth MacFarlane’s hosting and inevitable jokes will go over with the stars he’s already savaged on “Family Guy,”including Affleck.

Affleck will have critics no matter what, though. Even as he explains the research he did for the film, including visiting the Central Intelligence Agency, and reluctance at the shortcuts he took, a new dose of criticism comes from Ken Taylor, the former Canadian ambassador to Iran. Although Taylor comes off as quite a hero in “Argo,” he still snipes in the Times Colonist that “In general [the movie] makes it seem like the Canadians were just along for the ride.”

On the other hand, the Boston cupcake chain, including its Harvard Square site, has special Affleck cupcakes for sale, according to The Daily Meal.

This week also saw Affleck’s directorial effort get some mainstream attention – a short film made in 1993 called “I Killed My Lesbian Wife, Hung Her on a Meathook & Now I have a Three-Picture Deal with Disney.” Three years ago he was already prepping us for the horror, telling Entertainment Weekly that “It’s horrible. It’s atrocious. I knew I wanted to be a director, and I did a couple of short films, and this is the only one that haunts me. I’m not proud of it. It looks like it was made by someone who has no prospects, no promise.”

Casey Affleck: The younger Affleck will be creative adviser of the upcoming Independent Film Festival Boston, helping flex its charitable arm, finding a way for the festival to play a year-round role in the arts community and schools and “contributing to programming decisions and reaching out to talent and filmmakers,” among other tasks, The Hollywood Reporter says. And, of course, he’ll appear sometime during the April 24-30 event. “I hope I can help IFFBoston continue its growth as a world-class film festival,” Affleck told the site.

Traci Bingham: The “Baywatch” star’s Valentine’s Day gig at Exotic Flowers in Roslindale went really well. She made her own flower arrangements. She even longer than she was contracted to. And now the store’s going to have a Traci Bingham collection, owner Rick Canale says.

John Malkovich: So a woman appeared in the actor’s garden a while back, asking to be his assistant and for him to read her screenplay. It didn’t go so well. The good news is that this happened  at his home in France, not at his home in Cambridge.

The video is worth watching. It’s a pretty good anecdote.

Passion Pit: A Tuesday performance by Passion Pit and opener Matt and Kim in Cleveland was canceled because of “a stomach flu going throughout the Passion Pit tour” and rescheduled for May 13, which must be kind of a bummer for a band whose members feel – after as much as eight months of touring – that they’re just beginning to hit their stride performing the songs from sophomore album “Gossamer.” It’s an assessment made by keyboard player and guitarist Ian Hultquist to the Chicago Sun-Times and by bassist Jeff Apruzzese to Isthmus:

It hasn’t been until the last few weeks that we’ve really started to feel more than just comfortable but proud, knowing that what we’re doing truly exemplifies the art we want to create. This happened when we toured the last record, too. You go through phases. There’s the phase where we’re just playing the songs, regurgitating the material. But now we’re in the second phase where we’re actually performing them. We’re finally getting to that point where we feel like this is an actual show that we’re proud to share with people.

Apruzzese also talked about adapting to the fact that Passion Pit is no longer alt/indie, but has become a band that can fill Madison Square Garden (and just did) and is getting play on mainstream, pop radio. “We’re crossing into foreign territory,” he told Isthmus’ Brian Palmer. “It’s weird because we’re starting to develop this new fan base of people who might not necessarily know any of our songs that aren’t on ‘Gossamer.’ That’s interesting for us, trying to mold our set for people who have seen us play five times before and people who are seeing us for the first time.”

This is to be expected when your music shows up in Taco Bell commercials. (To which Michael Angelakos, the band’s singer and songwriter, shrugs to critics via Twitter: “I don’t hate it. I just won’t eat it. Some of my friends do. I don’t care.”)