Five things to do this weekend: May 4-5 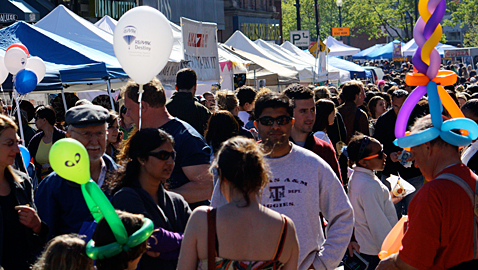 Five things to do this weekend: May 4-5

Everything this week is free.

See a rare “King Lear.” Stark! Expressionistic! Tragic! Starring Jüri Järvet at his best! It may not be the thing for everyone on a sunny Saturday in spring, but for that certain someone, the Harvard Film Archive has 139 minutes of cinematic bliss: Grigori Kozintsev’s 1969 filming of Shakespeare’s “King Lear,” according to the archivists a little-seen film “widely considered to be one of the greatest cinematic adaptations of the Bard.” Tiffany Ann Conroy Moore, a Shakespearean actor, professor of film studies and author of “Kozintsev and Shakespeare:The Legacy of Russian Political Protest in Two Film Adaptations,” will moderate a brief post-film discussion. The free screening is at 1:30 p.m. Saturday at the Harvard Film Archive at The Carpenter Center, 24 Quincy St., Harvard Square. 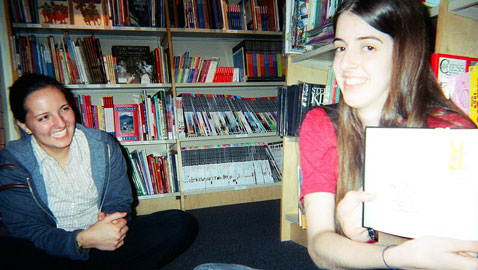 Young poets submitting by April 24 can win prizes and a place in the the Children’s Department at the Harvard Coop. (Photo: magandafille)

Bring the kids to hear America’s future poets laureate recite. The Harvard Coop’s annual K–8 Poetry Contest winners have been determined, with an open mic for contestants who want to read their poetry. The grade ranges are kindergarten through first, second through third, fourth through fifth and sixth through eighth, and three winners in each age group will get gift cards and have their work displayed at The Coop. A complete anthology of entries will go on exhibit in the Children’s Department. The ceremony is at 2 p.m. Saturday at The Harvard Coop, 1400 Massachusetts Ave., Harvard Square.

Hear the Rambax Senegalese Drum Ensemble at an outdoor concert. The 12-year-old student/community ensemble, co-directed by ethnomusicologist Patricia Tang and Lamine Touré, one of Senegal’s leading percussionists, performs from 3 to 5 p.m. on the steps of the Massachusetts Institute of Technology’s Stratton Student Center, 84 Massachusetts Ave.

Catch the work of student playwrights. Three of the whipsmart student writers at the Massachusetts Institute of Technology have an assignment to complete before they graduate June 7: Put their plays in front of an audience. With professor of theater arts Alan Brody the playwrights have followed their scripts through a full production process. Now Brody is directing their work, with the Saturday performance being the last one (and likely the most polished). The plays – “Dealing” by Jaclyn Wilson; “Work in Progress” by Johari Frasier; and “Herostratus” by Neil Fitzgerald – run from 8 to 10 p.m. Saturday in the Kresge Rehearsal Room B, 48 Massachusetts Ave.

Enjoy Mayfair along with 100,000 other people. The 30th Annual Mayfair in Harvard Square features four stages with live entertainment; more than 150 artisans and merchants selling arts and crafts, jewelry, and vintage clothing; more than 40 ethnic food vendors; beer gardens sponsored by Grafton Street, Border Cafe and John Harvard’s Brew House; a chalk art celebration; and other highlights including an urban agricultural informational area, Roaming Railroad train rides and hot air balloon rides. (In honor of MayFair falling on Cinco de Mayo, Mariachi Veritas de Harvard will roam the square during the festival and take to the main stage at 3 p.m.)

A raffle and auction benefiting Cambridge residents who lost limbs in the Boston Marathon bombing will be held, with the grand prize being a one-night stay at The Charles Hotel and dinner for two at Henrietta’s Table. There is also a “Circle the Track for The One Fund” from 9 a.m. to noon Sunday to benefit all victims of the attack. The family-friendly run/walk takes place at the Harvard University Track,  65 N. Harvard St., Boston, right next to Harvard Stadium, with a participation fee of $30 per person – going to The One Fund charity – that includes an event T-shirt and breakfast treats. To register, click here.

Bonus free thing: Catch a family concert (including Prokofiev’s “Peter and the Wolf” and other songs about animals and a chance to play along on kazoos) with the Radius Ensemble from 10:30 to 11:30 a.m. Saturday in the Curious George Room of the the Cambridge Main Library, 449 Broadway.