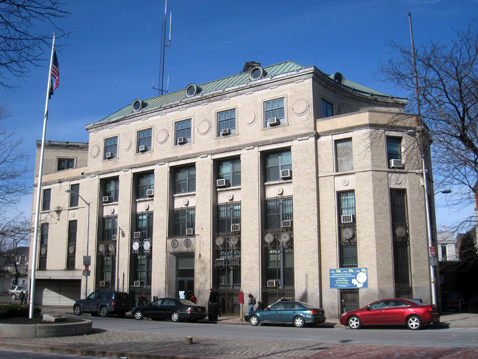 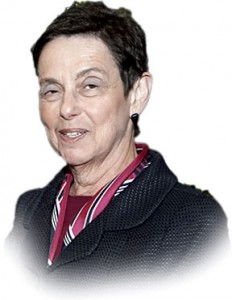 “We’ve been looking for an appropriate place to honor her,” Decker said, noting the three uses that took over the 5 Western Ave. building this year after a $14.5 million revamp that began in 2010. “These are all the issues [important to] Alice Wolf throughout her career as a volunteer and parent, to the School Committee to the City Council to mayor and state representative. What is happening in this building and, more importantly, who is in this building represents the issues that she’s cared the most about and has been the champion for.”

Decker tried to keep the honor a surprise as long as possible, putting forward a policy order late last month to set up “for a dedication ceremony for a longtime Cambridge resident who has contributed much to the City of Cambridge” without identifying who it was. When it came time to tell Wolf the news, Decker dragged out the surprise by asking her to get together to talk, saying only that “it was really urgent that I see her,” Decker said. “She was nervous.”

The nervousness turned into pleasure when she learned the news, of course.

“I’ve worked with the Multi-Service Center and Learning Center and am still working on trying to get them money,” she said, explaining that as the council meeting was wrapping up she was just getting up from a bit of work on their behalf from her home computer.

Wolf, 79, has a master’s degree from Harvard University’s Kennedy School of Government,worked at the Massachusetts Institute of Technology and has been active in Cambridge politics since the early 1970s, when she was a member of a parent-teachers association. She was elected to the School Committee in 1973 and to the council in 1983, serving a term as mayor from 1990-92. She won her state representative seat in 1996 and served until announcing in March 2012 that she wouldn’t be running again.

There will be an open house at the Western Avenue building June 10, Decker said, so people can see the new offices of the agencies housed there – and for a broader announcement of the naming of the building. A formal dedication may be scheduled for September.

The Housing Authority develops, manages and administers subsidized affordable housing for low-income elderly, family and disabled households. The Multi-Service Center addresses the needs of the homeless and near-homeless. And the Community Learning Center provides adults with free educational programs and services in such things as English as a second language and passing the U.S. citizenship or high school equivalency tests.

Decker pointed out that Wolf touched and aided each agency during her 36 years in office.

“This is not a woman who is used to having things done for her. She has spent her entire life working to help others,” Decker said.

“It seems like we redid the right building just in time,” Mayor Henrietta Davis said.