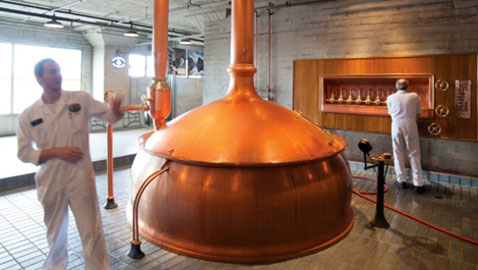 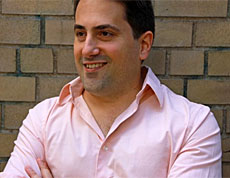 It was President Jimmy Carter who deregulated the beer industry in 1979, clearing the way for a national craft beer renaissance. But the defining beer of the Carter presidency was Billy Beer, endorsed for pay by family black sheep Billy Carter – who kept on drinking Pabst Blue Ribbon and called his own brand the reason he quit drinking.

Three decades later, craft beer is so big that not only are giant U.S. breweries getting into the action, but European breweries are imitating American innovations – and we have a president whose White House makes its own small-batch brews. (The recipes for White House Honey Ale and White House Honey Porter are here on the White House’s official blog.)

It’s that fact that makes the title of Tom Acitelli’s craft beer history since the mid-1960s, “The Audacity of Hops: The History of America’s Craft Beer Revolution” (Chicago Review Press, 2013) more than clever.

Acitelli, an author, founding editor of real estate blog Curbed Boston and Cambridge resident, is bringing his book to the Cambridge Main Library’s main lecture hall at 6:30 p.m. Tuesday for a discussion and signing.

He vows to not just predict what’s next in the craft brewing world, but to connect its growth to other food movements of the past half-century, including slow food and locavorism – one of his goals being to show “how inextricably American craft beer came to be associated with fine food.”

“I was looking for a topic that would be a great and fun business story to tell. I feel very lucky it had not been done before,” Acitelli told American Craft Beer.

The pros are loving it, with Ken Grossman, founder of Sierra Nevada Brewing, saying his “thorough research into the craft beer revolution tells a great story and shows how a ragtag yet purposeful group of passionate individuals can build an industry. He did an amazing job capturing the characters, improbable tales and astounding passion that make up the craft brewing community.”

Acitelli’s 6:30 p.m. Tuesday talk is organized in conjunction with Porter Square Books. The Cambridge Main Library is at 449 Broadway. 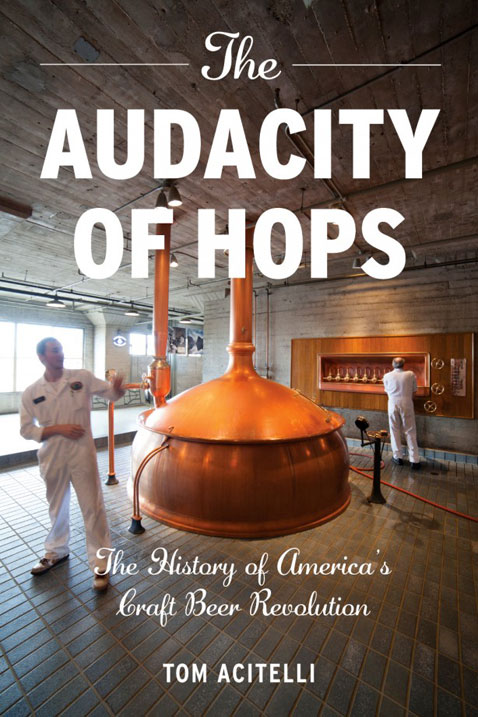