Watch this weekend: ‘The Train,’ ‘The Swimmer’ has Lancaster as hero, failure 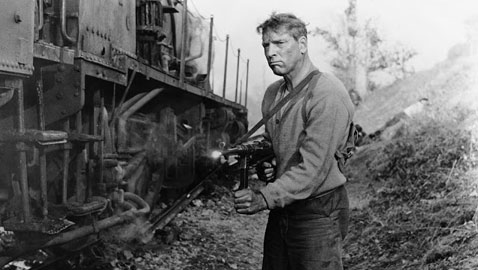 Watch this weekend: ‘The Train,’ ‘The Swimmer’ has Lancaster as hero, failure

“The Train”: John Frankenheimer’s great train robbery, a vehicle for Burt Lancaster, was considered a modern classic at the time of its making in 1964. Lancaster stars as a member of the French Resistance during the waning hours of World War II as the Americans close in on Paris. His mission is to prevent the Nazis from taking a trainload of precious art out of the country. Frankenheimer went double over budget and staged every crash and stunt live. The great Arthur Penn (“Bonnie and Clyde”) initially held the director seat but got fired because he didn’t see eye to eye with Lancaster. At the Harvard Film Archive at The Carpenter Center, 24 Quincy St., Harvard Square.

“The Swimmer”: Lancaster plays a despondent yuppie who decides that the only way to rekindle his dimming suburban life is to swim through every pool in every backyard of the county. Based on John Cheever’s short, first published in The New Yorker, director Frank Perry flips the American dream on its head and adds flourishes of the surreal.