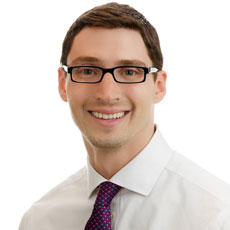 From the Jefferson R. Smith campaign, Aug. 26: The campaign of Jefferson R. Smith for Cambridge City Council is excited to announce he has received the endorsements of the Greater Boston Labor Council, a federation of more than 154 local unions and district councils in the Boston area. The council is affiliated with representatives of workers across a wide economic spectrum, including teachers, transit workers, construction workers, police, firefighters, janitors and manufacturing workers.

“I am excited and honored to receive the Greater Boston Labor Council endorsement,” Smith said. “I have worked at the Massachusetts Department of Transportation for nearly five years and one of my proudest accomplishments was ensuring that all union shops and joint ventures were able to access the bid process on the commonwealth’s infrastructure improvements projects.”

Smith has also been endorsed by the Sierra Club of Massachusetts.

With his deep knowledge of public policy, he played an integral role in many of the reforms within the Department of Transportation that consolidated operations and ultimately achieved more than $100 million in cost savings and efficiencies. Jefferson was also the department-designated commissioner on the Jobs Creation Committee, a Cambridge-led innovation to create and maintain quality jobs in the state.