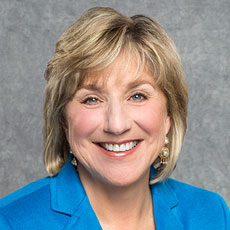 From the Karen Spilka campaign, Sept. 11: The Massachusetts Executive Office of Health and Human Services held its first public information and dialogue session Wednesday on the design of a statewide, community-based network of Family Resource Centers, said state Sen. Karen Spilka, an Ashland Democrat running for an open seat in the 5th Congressional District. The meeting, held at Malden City Hall, was the first of four public hearings this month soliciting input on the services the centers will provide for troubled children and their families and the staff resources needed.

“Families need access to support services within their own communities,” Spilka said. “These Family Resource Centers will make a huge difference in the lives of the thousands of children and families who need assistance each year, and I am thrilled to be a part of developing resources that are effective, useful and accessible for families and communities.”

The Family Resource Centers are part of the implementation of the CHINS reform bill, referring to An Act Regarding Families and Children Engaged in Services, legislation championed by Spilka and Medford state Rep. Paul Donato for several years and signed into law Aug. 7, 2012. The legislation overhauls the current system for handling children who get in trouble consistently at home or at school, including runaways and students who are habitually truant.

The reform law transforms a 38-year-old program criticized for unnecessarily putting troubled children in front of a judge before seeking services to help the children and their families. The law also eliminates the inconsistent juvenile court-based system and replaces it with a statewide community-based intervention network that would integrate and promote school and community services for children and families.