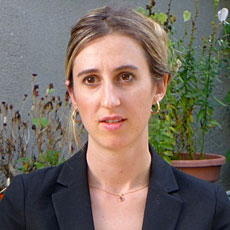 Cambridge City Council candidate Kristen von Hoffmann is focused on the issues that deeply affect all of us: the environmental crisis, early childhood education and local business and economics. Kristen has lived in Cambridge for nearly a decade and has been the sustainability manager for the Cambridge Public Schools for three years. She knows how the city works and is well-positioned to collaborate with others and actually turn ideas into reality. Kristen is my No. 1 choice for this year’s council election.

In her position, Kristen founded the Office for Sustainability and the Cambridge Green Schools Initiative and saved over $300,000 for the School Department in under two years through vigorous energy-efficiency projects.

If elected councillor, Kristen wants to create a detailed, long-term plan for climate change mitigation, carbon reduction, open space preservation, smart development and sustainable transportation. Kristen is an excellent collaborator and hopes to define such a plan in partnership with neighborhoods, businesses, developers, city departments and her fellow council members.

My personal connection with Kristen goes back to the days when she was my daughter’s fifth-grade teacher. Her intelligence, compassion and ability to communicate have always impressed me. As an educator, entrepreneur and administrator, Kristen has the results to back up her plan.

As the mother of a teenage girl, I would also like to see more women in our city’s leadership: of the 25 candidates, only five are women. Kristen is showing my daughter’s generation that they too can and should speak up, step up – and make a difference in our community. Kristen is a fantastic role model. A Yale graduate, she has put her brain power, energy and resolve into teaching, founding and running a nonprofit business and earning a master’s degree in finance. Voting for Kristen means putting a clear thinker – and doer – in a position to make decisions about the urgent and important problems facing all of us – and to get things accomplished at City Hall. Let’s give her the chance to do some good.