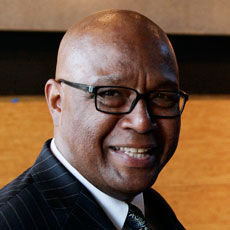 Kenneth E. Reeves was born and brought up in Detroit, but attended Harvard College and graduated cum laude in 1972 and later attended the University of Michigan Law School. As part of his law school coursework he studied social welfare policy at Arbetsformedlingen in Stockholm, Sweden. He also got a fellowship to study at the Massachusetts Institute of Technology in the department of Urban Studies and Planning. After law school he worked for the National Consumer Law Center in Boston and later served as managing attorney of the General Motors/United Auto Workers Legal Plan in Massachusetts. He also served as a principal in the Cambridge law firm Singleton, Reeves, Bowzer & Huggins.

Reeves has served on the City Council since 1990, including three terms as mayor – the first African-American mayor in the state, and the first openly black gay mayor in the United States. During his terms he shepherded such projects as the building of the Cambridge Main Library, Citywide Senior Center, police communications station, youth and community centers, the restoration of the War Memorial pool and fieldhouse and a 50-acre park on the site of the former city dump. More recently he ran the Mayor’s Red Ribbon Commission on the Delights and Concerns of Central Square, leading to work re-envisioning Central and Kendall squares.

Some of the programs he has initiated are the “Cambridge Works” jobs assistance program, The Cambridge Kids Council, the Men’s Health Task Force, a “Baby College” for parents of infants to 3-years-olds and an “Office of College Success” to ensure Cambridge students graduate from college.

Council’s top achievement, in his words:

The appointment of Richard C. Rossi as city manager. I’m proud to have led the effort to move forward with the selection of Rossi to the post, ensuring a sense of stability and certainty to the city.

His own top achievement for the term:

Giving the keynote address to 24 students who represent the first class of the Office of College Success. This evolving program, which I championed, lengthens our commitment to our students by ensuring they not only get to college, but giving them the support to get through college. I’m also proud of the fact that the city has started the conversation to work toward universal pre-K for all our students.

One of the best and most immediate ways to support local businesses is to source as much as we can from our local businesses. Not only does this support them; it reduces our carbon footprint as a municipality, as we cut down on transportation costs and effects. Another effort I plan to lead in a next term is the move to bring high-quality public restrooms to the squares where we get a large number of tourists.

I would like to attract more Latin American and Caribbean eateries to our squares, as well as have a quality black-owned evening entertainment venue.

Reeves on the issues