Mirza council campaign gets endorsement of 82 from Democratic State Committee 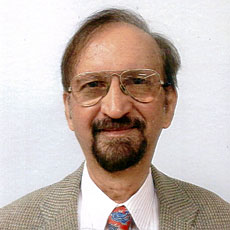 Mirza council campaign gets endorsement of 82 from Democratic State Committee

“Mushtaque is a veteran progressive whose values reflect the Cambridge community very well. I feel strongly that he will be an extraordinary city councillor. I urge all Cambridge voters to support him, “ Johnston said.

Committee members praised Mirza’s many years of service to the party and to the Massachusetts political community and emphasized that this experience would be a great benefit to Cambridge.

Parwez Wahid, who serves on the Affirmative Action Committee with Mirza, said, “I am happy to give my endorsement to Mushtaque Mirza for Cambridge City Council. Mushtaque is a dedicated worker who firmly believes in good government and the importance of commitment towards public service. As a city councillor he will prove to be a strong asset to the city.”

Mirza said that he was pleased to be receiving widespread support for his council campaign. “I am honored to receive the endorsement of so many of my colleagues on the Democratic State Committee. For the past 14 years I have worked alongside my fellow committee members to see Democrats elected to office. I am proud that many of them are now supporting my candidacy,” he said.

Mirza has served on the Democratic State Committee since 1999. He has been a member of its Executive Committee, Affirmative Action Committee and Public Policy Committee.

Mirza also has the endorsement of the Massachusetts Organization of State Engineers and Scientists.