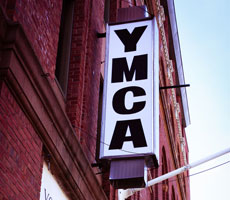 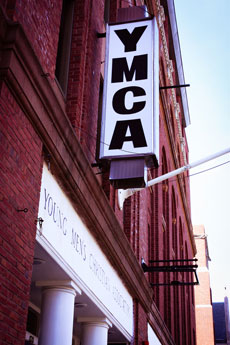 The YMCA in Central Square found seniors were canceling memberships in favor of using free day passes available at the senior center next door. (Photo: Sergio)

It made no public stir a year ago when the Cambridge Council on Aging and YMCA quietly curtailed a popular program that had given seniors free passes to the Y in Central Square.

But after members of a neighborhood group found out about the change last week, officials of both agencies are being besieged with questions.

The reduction meant that, instead of as many as 30 elders getting a free visit to the Y every weekday, only 11 passes a week were handed out in 2013. This month, the Y and the city-funded council doubled the weekly number to 22 passes, but it is still far fewer than before last year.

The program apparently was the victim of its popularity and the resulting financial impact on the Y. For years, the council had at its disposal 10 of the day passes, which it distributed to seniors every weekday from an office at the citywide Senior Center next to the Y, at 820 Massachusetts Ave. “For many years individuals were able to come to the [Senior Center], get a pass and go next door and work out,” said the council’s executive director, Susan Pacheco. As soon as one person returned a pass, another could get it. “There could be days when more than 30 people were accessing those passes.”

After Y officials complained about the program, the Y and the Council worked out a new deal: Instead of 10 passes that could be used an unlimited number of times, the council got 600 day-passes to be used for the year, resulting in the limit of 11 a week. This year the Council has 1,200 passes to last through December, doubling the weekly limit to 22 passes, Pacheco said.

Six passes are available Mondays, and four passes each day from Tuesday to Friday. Seniors – those over 60 are eligible – can’t reserve a pass; they get them on a first-come, first-served basis. “The [council] knows that this system continues to be a hardship for many, but we have attempted to develop as equitable of a distribution system as possible,” say guidelines posted in the third-floor office where the passes are handed out.

The council paid $5,800 for the 600 passes last year and is paying the same this year for twice as many, Pacheco said. Both deals are a concession from the Y, which charges the public $10 for a day pass.

If seniors want to join the Cambridge YMCA, they must pay the full adult rate, $55 a month. Pacheco agreed that could be difficult for people on a low fixed income, as many seniors are, but she said the Y gave “special rates” to seniors for some classes after the change last year. There are no special rates for seniors listed in the Y’s current literature.

Asked why officials didn’t respond to the Y’s problem by barring Y members from getting a free pass, Pacheco said it would have been hard to screen applicants.

A private charity set up in 1991, Friends of the Cambridge Council on Aging, has funded the free pass program since it began, transferring the necessary funds to the Council, Pacheco said. The charity was established to help with extras for the new citywide senior center, which was then being planned.

Public tax filings of the charity don’t always specify how much was given to the Council on Aging for Y passes over the years, and the disclosed amounts vary. In 2000-01, the charity gave $1,200 for passes; in 2003-04, $2,640. The group also funds parking fees for Council on Aging vans, which use space in the YMCA parking lot.

Officials told Council on Aging board members about their decision to curtail the free-pass program at a meeting Jan. 14, 2013, according to minutes of the meeting. Until last week, few people outside the Senior Center and those who had used the passes knew about the change.

Then representatives of the Y appeared before a meeting of the Cambridgeport Neighborhood Association Jan. 16 to showcase Y programs. A member in the audience asked why the passes were reduced; the staffers couldn’t answer, and several other association members said they were concerned. (Disclosure: The reporter is an association member and was one of those who questioned the change). Newly elected City Councillor Marc McGovern, also at the meeting, promised to look into it.

As word spread, Pacheco said, she and Y director Nancy O’Brien have spent a lot of time answering calls about the cut. Speaking of the description of the changes at the association meeting, Pacheco said: “I believe this was misinformation.”

The free-pass program faces other challenges besides overuse. Friends of the Cambridge Council on Aging is slowly exhausting its stash of cash. Shrinking interest rates have eaten away at the organization’s bank account. In the past 10 years the charity’s holdings fell from $181,259 to $114,823, according to the tax filings.

Without contributions, the organization takes in barely enough from interest to pay the $800 yearly fee of the accountant who prepares the required filings and the $50 filing fee. There was a contribution of $5,000 in each of the past two years, but before that the Friends had only interest for many years. The organization has also funded other needs of the council, including giving more than $30,000 for a van in 2006.

If the Friends can no longer fund Y passes, “I have no alternative under the budget,” Pacheco said.