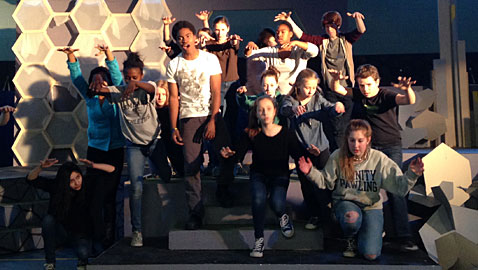 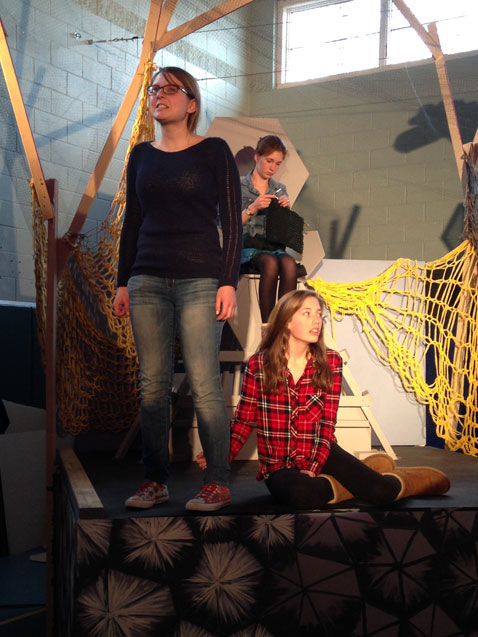 The classic Greek tragedy “Antigone” gets a reworking next month at the Fayerweather Street School, adding live music and stylized movement to Greg Banks’ modern adaptation of Sophocles’ text from 441 B.C.

Seventh- and eighth-grade classes have been working with director Joy Lamberton-Arcolano since January to focus on themes of social change and justice in the story of Antigone’s fight against her oppressive uncle, said Emily Murdock, a student helping publicize the event.

Lamberton-Arcolano is the Harvard-educated founder of the Playhouse Education nonprofit and a longtime teaching artist at the Fayerweather Street School, a private K-8 school founded in  1967.

The play will be performed three times: at 7 p.m. April 3-4 and at 2 p.m. April 5 at the Fayerweather Street School, 765 Concord Ave., by Fresh Pond. Suggested donations are $5, accepted at the door.