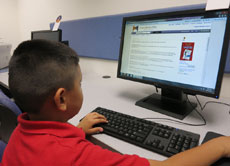 The City Council added its collective voice to the public discussion about the Partnership for Assessment of Readiness for College and Careers exams this week, while the School Committee remained silent.

At their Monday meeting, councilors passed a policy order resolution from councillor Craig Kelley expressing concern that the PARCC exam system has “significant flaws” and urging the state legislature to conduct hearings to address them before considering implementation, a decision planned for the fall of 2015.  The resolution passed 8-1, with Tim Toomey the lone dissenter.

In doing so, they joined several councils, school committees, school superintendents and state legislators across Massachusetts in expressing concerns about PARCC, exams that are supposed to align with the new Common Core nationwide education standards.

The order was first presented by Kelley at the April 28 council meeting after considerable public comment expressing concerns about the tests and their governing body. Issues raised by parents and others included the increased frequency of the tests over the currently used Massachusetts Comprehensive Assessment System tests during a student’s third- through 11th-grade experience; that the exams are taken on a computer, necessitating computer instruction beginning as early as first grade or kindergarten, as well as the cost of buying more computers; and uncertainty about who will own private student data and how it might be used.

Meanwhile, the School Committee met Tuesday for the first time since passing the coming year’s budget at its April 1 meeting. PARCC was not on the agenda, nor has it been all year, despite open letters from parents to the committee with concerns about field testing for it that a subset of Cambridge students are taking this spring on top of their MCAS exams. The field tests, though full-length, do not count, and results will be available only to the PARCC developers to help them refine the final product. Parents objected to the extra level of testing for these randomly chosen students, especially with no reported results, and to an independent testing agency using their children as “test subjects” without compensation to students or schools.

The committee and Superintendent Jeffrey Young will need to make a decision, presumably by the end of the school year, as to whether Cambridge will opt to take the MCAS or PARCC tests for the 2014-15 school year. Massachusetts school districts can choose which test they want to use next year before the state makes an official decision.

Toomey used his charter right on Kelley’s resolution when it was first presented April 28, bumping a vote to this week. The vote was taken with no comments from councilors, but asked afterward about his “no” vote, Toomey said

Did anyone point out what the flaws are? I voted no because I don’t have the information in front of me … I’m just trying to do my due diligence. And the state voted to pause it for two years. There are people looking at it.

By the two-year delay, Toomey is referring to a November decision by the Board of Education to adopt the “test-drive” of PARCC before its final decision next year that could replace MCAS permanently beginning in the spring of 2016.

Last week, after Kelley’s original submission of his resolution, the Massachusetts House of Representatives – of which Toomey is a member, representing parts of Cambridge and Somerville – adopted two budget amendments aimed at the test. One directs the state education commissioner to provide an analysis of the full costs and benefits of PARCC, including costs to the department, Board of Education and districts to meet the computer requirements and professional development needs. The report is due by December.

The other budget amendment creates an “Independent Common Core Curriculum Review” to analyze the Common Core standards. The task force of 11 members is ordered to “conduct an independent and unbiased review of the merits of the Common Core.” Members will be representatives of several educational organizations, including the Massachusetts Business Association for Education, some of which helped develop the exams. The House also rejected an amendment to bar state funds from being spent on MCAS.

Next story: Superintendent suggests no PARCC test next year; committee weighs in Tuesday