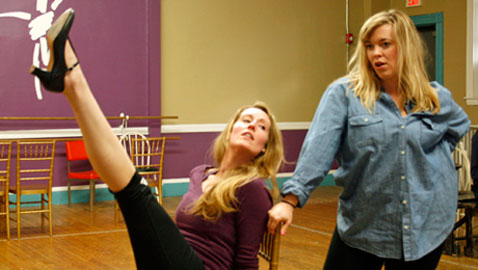 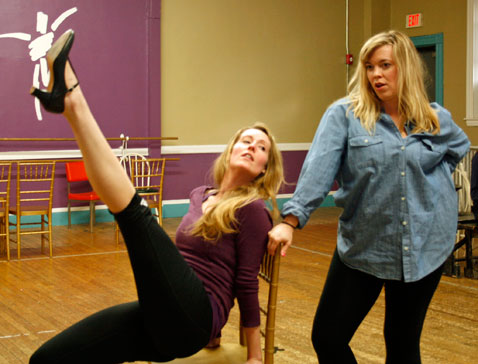 These are the final days for Kander and Ebb’s “Cabaret” at Riverside Theatre Works in the historic French’s Opera House in Hyde Park – which, there being plenty of theater here, would be less important if it weren’t for Cantabrigians Fran Betlyon and Danielle Kellermann appearing in the production.

Betlyon is a Northampton resident who has acted, taught and performed as a singer/songwriter in New England and California. She has two solo folk albums and two Americana albums with Boston’s Dave Aaronoff and the Protagonists, and she runs The Little House of Music & Theatre in Cambridge. She has performed locally several times in plays including “Nine,” “Company,” “Merrily We Roll Along” and even in “Cabaret” before, as Sally Bowles.

Kellermann made her theater debut in 2003 at the National Arts Festival in her native South Africa with a one-woman show, “The Date,” but graduated in 2007 from Boston University’s Theater Arts program and has appeared in an MIT/Harvard production of “Q.E.D.” and was assistant director of “On the Verge (or The Geography of Yearning)” at Central Square Theatre.

“Cabaret” is of the often-produced musical set in 1931 at the Berlin’s Kit Kat Klub, where cabaret performer Sally Bowles and writer Cliff Bradshaw fall in love as the Nazis rise to power. Director Kevin Mark Kline believed he could refresh the production by starting it with a brighter feel. “Cabaret has become too dark and overly sexualized,” he said. “A modern audience feels they know what to expect from this show, so most productions give the audience exactly what they are expecting from the start – a dark mood, an oversexualized emcee, gaunt female Kit Kat Klub girls, et cetera. The Nazi influence is typically felt from the first chords of the opening number. I feel it’s important to show the transformation that mirrors the Nazi rise to power over the course of the play.”