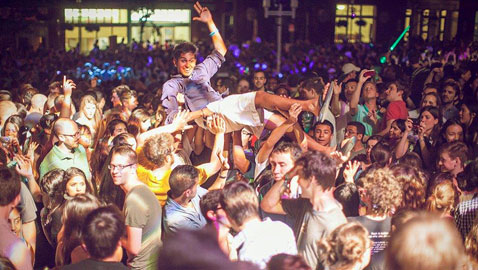 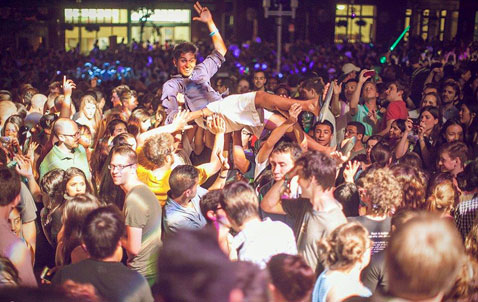 The city has identified the date of its next free annual Dance Party: June 27.

If history since the event began in 1996 is a guide, that Friday will see thousands of residents and visitors gather on Massachusetts Avenue in front of City Hall to dance throughout the scheduled hours, from 7 to 11 p.m. There will be DJ-spun music and a light show between Inman and Bigelow streets, where the avenue will be closed to traffic.

Last year the city raised its official count of attendees at the Dance Party at City Hall to 10,000 to 12,000 people – more than doubling the previous 5,000-person count given from past events.

During the party, the Massachusetts Bay Transit Authority’s No. 1 bus line will end in Central Square at 6 p.m. and resume full service at 11:30 p.m., and riders should instead take the red line subway to travel between Central and Harvard squares.