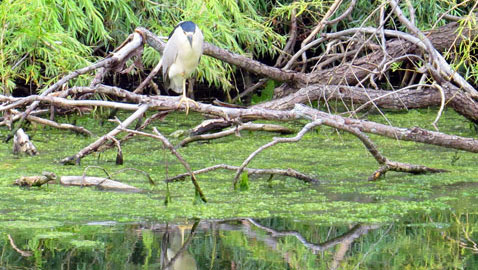 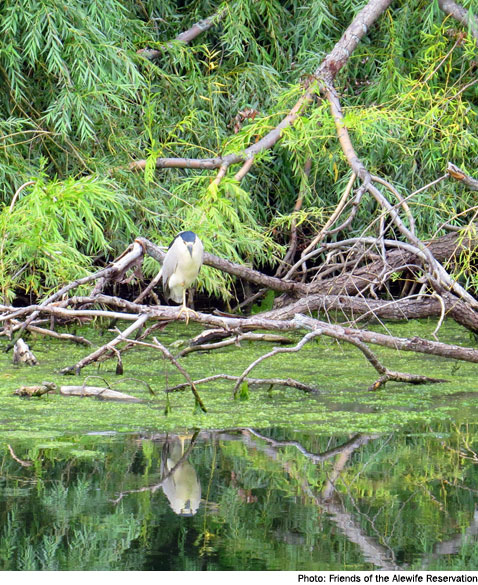 Removing the central piece of Belmont and Cambridge’s Silver Maple Forest and replacing it with a condo development would greatly reduce the integrity of the forest ecosystem in the Alewife Reservation, resulting in the loss of many species of birds, plants and insects. Water quality would likely be compromised by the development, and the additional noise and light pollution would further reduce diversity and abundance of many species. Larger mammal species in the reserve, such as coyotes, mink and fox, would be lost due to the reduced space and increased anthropogenic disturbances.

Most importantly from an educational perspective and inspirational sense of being alone in the wilderness, one feels the “heart” of the Alewife Reservation that urban students rarely experience. What is left will feel more like a park rather than investigating a wild place, affecting environmental depth of the educational potential.

We also highly value the ecosystem services provided by the Alewife Reservation and the floodplain forest within our urban community. Conservationists and governmental officials often prefer to focus on rural ecosystems where larger tracts of land are bought at lower costs. But in terms of ecosystem services, urban forests and green spaces have the highest economic impact. The Silver Maple Forest has an important role for Cambridge, Belmont and Arlington in flood protection, air quality and climate change mitigation, services that are desperately needed in urban locations, especially on the East Coast where we reside.

Though the multimillion-dollar price tag for this property is high, economic services now freely provided will more than pay back financial investments over the long term.

In terms of air quality, studies estimate trees in the Boston area reduce the amount of ozone, particulate matter, sulfur dioxide, nitrogen dioxide and carbon monoxide in the air to the amount of $1.5 million per year. The 15-hectare Silver Maple Forest would therefore save the surrounding towns more than $30,000 per year in air quality improvements.

Floodplain forests such as the Silver Maple Forest are vital to avoid massive flood damage during heavy rainstorms, as they act to absorb excess water and slow rising water levels. The value here is highest in densely populated urban areas such as Cambridge, Arlington and Somerville; the National Wildlife Federation valued such wetlands in the Boston area at $72,000 per hectare per year based on flood mitigation alone. This means the Silver Maple Forest is saving surrounding communities upward of $1.1 million per year in flood damage avoidance! Extreme weather events are on the rise due to climate change, so the value of an intact, functioning floodplain forest will increase over time. Urban forests are also one of the major ways cities can mitigate the effects of increasing temperatures due to climate change; large forest reserves and their surrounding areas are cooler than the rest of the city, and the larger the forest the greater the effect.

Factoring in air quality, climate change mitigation and flood protection alone, we estimate that the Silver Maple Forest would more than pay back in purchase price (now estimated at $13 million) within 10 years. Other ecosystem services not yet mentioned include water quality, pest control and pollination. Lesley University’s Department of Science and Mathematics applauds all efforts to preserve this forest and is open to working in the area’s behalf.

A longer version of this letter was sent to state Sen. Patricia Jehlen and the Cambridge Conservation Commission.