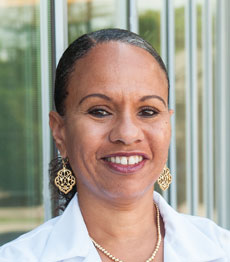 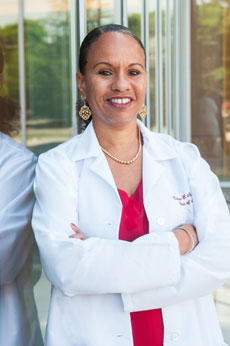 From Mount Auburn Hospital, June 19: Mount Auburn Hospital announced the appointment of Valerie E. Stone as the hospital’s chairwoman of the Department of Medicine and professor of medicine at Harvard Medical School. Stone has been on the Harvard Medical School faculty since 2001 and has been a professor since 2011, when she became the first African American full professor in the Department of Medicine at the medical school. Stone comes to Mount Auburn Hospital from Massachusetts General Hospital, where she served as director of the Primary Care Medicine Residency Program and associate chief for teaching and training of the Division of General Internal Medicine. She began her new role at the hospital May 19.

Stone got her medical degree from the Yale University School of Medicine and completed her residency in internal medicine at Case Western Reserve Hospitals. For more than a dozen years, Stone held a variety of leadership roles at MGH and was an active primary care clinician in the hospital’s Internal Medicine Associates as well as senior scientist at the Stoeckle Center for Primary Care Innovation. Her research focus has been on quality of care for HIV/AIDS and barriers to treatment for HIV, as well as current issues in primary care education.

Stone is the author of numerous scientific abstracts and publications on the care of people with HIV/AIDS, and she is the first author of the book “HIV/AIDS in U.S. Communities of Color.” Stone was a member of the board of regents of the American College of Physicians and chairwoman of its Education and Publications Committee until April. She has held numerous leadership roles in the Society of General Internal Medicine as well, which in 2012 honored her with their Elnora Rhodes Award for lifetime contributions to the society’s mission of promoting patient care, education and research in primary care medicine.

“Valerie Stone comes to us with an incredible background of skills and leadership, and we are excited to have her join Mount Auburn Hospital,” said Jeanette Clough, president and chief executive at Mount Auburn Hospital. “We are confident that that she will bring a continued success and growth to our Department of Medicine and to the hospital as a whole.”

Mount Auburn Hospital was founded in 1886 and is a teaching hospital of the Harvard Medical School.