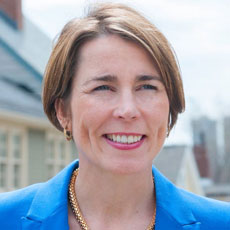 Although most of the attention has been on the governor’s race for the upcoming primary, I think the race for attorney general is critical. I believe that by far, Maura Healey is the best qualified of the two individuals running for this position.

Although this is Maura’s first bid for a public office, she has a long history of advocacy for women, children and families, and is the only candidate who has worked both as a prosecutor and a civil rights attorney.

For the past seven years, Maura helped lead the attorney general’s office and has managed both the Civil Rights and Public Protection divisions. She argued and won the first successful challenge to the Defense of Marriage Act, shut down predatory lenders and won national settlements on behalf of people with disabilities. Maura has comprehensive plans to reduce gun violence and criminal justice reform. She is a champion for reproductive freedom and has defended access to women’s health care in court. Maura is the only candidate for AG who is opposed to expanded gambling in Massachusetts.

Maura has been endorsed by Planned Parenthood, the Progressive Democrats of Massachusetts, as well as former labor secretary Robert Reich, Emily’s List, the Gay and Lesbian Victory Fund, former judge Nancy Gertner, the Human Rights Campaign, as well as other state legislators and feminist organizations. This is the first statewide race that I have volunteered for in 20-plus years, because I am so excited about her candidacy.

I hope you will join me in voting for Maura on Sept. 9.