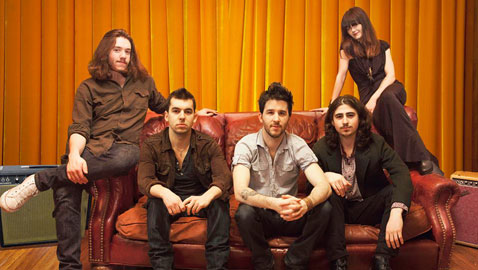 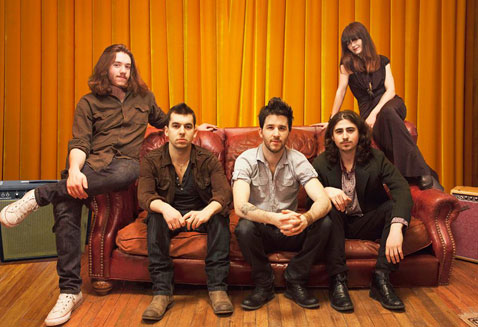 It’s too late to be the first to love The Avett Brothers. When a band starts racking up most-mentioned-on-NPR awards, gets mentioned in novels and becomes a reference in “Dexter,” restless music lovers know it’s time to find a new darling.

Congratulations: The new darling plays Tuesday at Atwood’s Tavern, and its name is Buffalo Stack. And Tania Stack, fiddle player for The Avett Brothers, is onstage fiddling, singing and serving as co-namesake (along with husband Andy) to really make you swoon.

The band’s eponymous first album was released last month, giving this sophisticated, New York-bred Americana band the sheen of a summer romance with such accomplished musicality that you know you can love it for the long haul.

Buffalo Stack draws influences from every era of rock ’n’ roll, blending shades of blues, soul and roots music, but here’s a sense of why the band will surely make the rootsiest among you rut, as the full band performs “Maryanne”:

To hear the harder side of the band, check out their bluesy single, “Dangerous”:

Andy Stack has toured extensively throughout the United States, Europe, South America and Canada, a consummate session man you might have noticed at Bonnaroo. He met Tania Stack in New York just before abandoning the big city for New Orleans, but the pair married and moved to Hudson, N.Y., instead. Visiting Levon Helm’s Barn in Woodstock, N.Y., they found the rest of the band: drummer Lee Falco, bassist Brandon Morrison and multi-instrumentalist Connor Kennedy