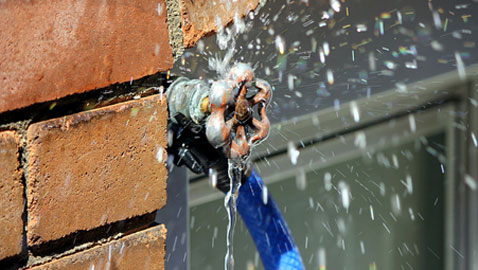 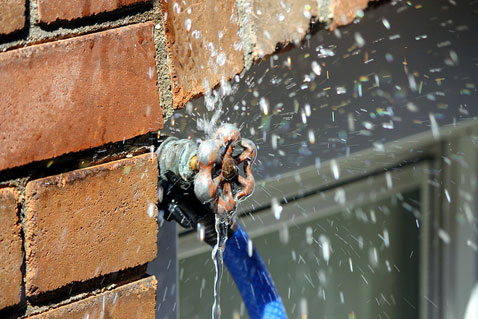 The city’s Water Department gets up to four readings a day from customers’ meters, but alerts for high use aren’t immediate. (Photo: Geoffrey Gilmour-Taylor )

Residents’ water problems caught the attention of city councillors this week, resulting in relief on a $1,000 fee and potential real-time alerts for water use that might save even more thousands.

There was even talk of whether the city might cover the water bills for people who thought they were getting those real-time alerts – but weren’t.

“The city actually measures usage four times per day, yet they don’t notify until after a week. So that’s a factor of 30 – that’s the difference between a $1,000 bill and a $30 bill,” said Mike Shanley, of Sacramento Street, who told councillors about going away in December without realizing a toilet was running and coming back to an eventual notice warning about high water use and, later, that giant bill.

The city’s Water Department does get up to four readings a day from customers’ meters, which it says is supposed to lead to “more accurate billing and an early notification of potential leaks,” but it wasn’t just Shanley complaining at Monday’s council meeting that it didn’t work that way. There was also testimony from two councillors showed the warning wasn’t coming fast enough.

Leland Cheung said that he’s had the same problem – twice – and the writer of the policy order, Craig Kelley, said he’s had similar resident complaints to which he was sympathetic, as he goes “a long time before getting around to actually opening envelopes, because all my important information generally comes via text or email.”

“My credit card company texts me, calls me and sends me an email to let me know someone’s using my credit card in Georgia within minutes after it’s been used in Georgia,” Kelley said. “It seems like we ought to be able to do the same thing as quickly with water meters … with four reads per day I just don’t understand why we haven’t fixed this already.”

The Water Department has been trying for three years for a cost-effective solution, and is still trying, said its director, Sam Corda.

Currently, those four reads per day are emailed by a resident’s meter to Water Department computers, where they are analyzed weekly with previous reads to spot surges in use, Corda said. Warning letters are printed, put in an envelope and might arrive two or three weeks after a surge – unless customers have provided a phone number for the department to text or another method for contact. That cuts two to three days off the total time.

“Our vendor has had several attempts at developing a customer package, and it just hasn’t worked out so far,” Corda said. “If the customer service module that we want to purchase doesn’t come to fruition, the only other thing would be to try to develop that in-house with the city Information Technology Department. We’re not quite there yet.”

And there is already an indicator of surges on a customer’s water meter: Look for a red triangle that keeps moving when there’s no one in the home trying to use water.

Kelley’s concerns include that, based on how the frequent meter readings were introduced to the city and described on its website, residents might have been misled into thinking they were going to get real-time warnings that allow them to avoid suddenly soaring bills.

“If that’s not happening, I think we had a misleading discussion way back in the early part of the program,” Kelley said. “If we can legally do it, we should cover the bills for customer.”

Councillor Tim Toomey warned against assuming the liability, but the idea of getting quick warnings appealed to residents and officials alike.

“It would be a huge improvement. I’m encouraging you to have that happen now, not in a few more months or a few years,” Shanley said, noting that getting timely email notifications would also help conserve water. “Please, get this data happening now.”

Monday’s other water issue involved a Windsor Street building developed by Cambridge’s Just A Start where each mixed-income condo has use monitored individually by Apex Billing Solutions, of Columbus, Ga.

Abraham Bonhomme told councillor E. Denise Simmons that since buying his Windsor Street condo in December 2012, water bills had been in the $60 to $80 range. When they jumped suddenly to more than $400 for two months in a row, he found the company would charge $1,000 for a technician to come check the meter to try to figure out the source of the problem.

When she contacted Apex, she said, “they just kind of stalled us.”

But since contact with Simmons and the Cambridge Consumers’ Council, the company is dropping the fee it would normally charge the condo association for a technician’s visit, said Curt Thompson, president of Apex.

“We’re taking the necessary steps to have Mr. Bonhomme be comfortable,” Thompson said Wednesday. “We want to make sure his complaints are satisfied and will eat the cost of sending a technician to Massachusetts. There is no $1,000 cost Mr. Bonhomme will be liable for.”

Thompson was asked to provide figures on how many units Apex works with nationally, in Massachusetts and in Cambridge, but had not sent the information by Thursday afternoon.

Simmons’ policy order asked why Just A Start uses Apex – but the organization doesn’t have any connection with the company; the Windsor Street condos have all been bought and owned by individuals since 2012 and Apex was selected by the Windsor Street condo association, said Just A Start’s executive director, Deborah Ruhe. The nonprofit has no more condos in development, and therefore no ongoing relationship with the company.

Would Just A Start work with Apex again?

“I can’t answer that,” Ruhe said. “At the time, we picked Apex because it was a reputable, good company.”