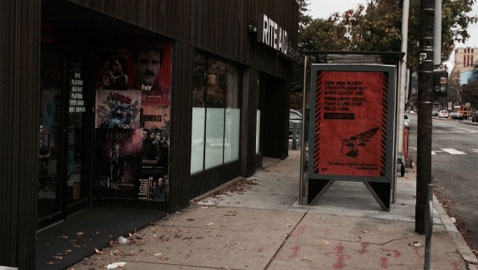 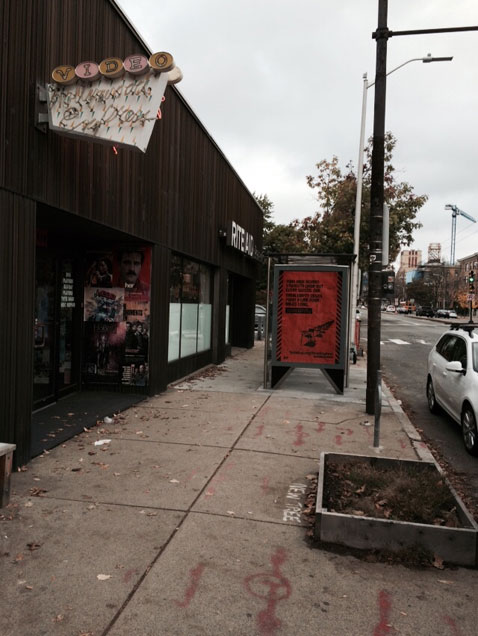 There’s been much banter at Simon’s Coffee Shop these days about the bus stop shelter that popped up outside the Rite Aid on Massachusetts Avenue this month – namely that it consumes more than 60 percent of the width of the sidewalk, is an obstacle and eyesore and that few people use the stop, where there are already an alcove and awning on the building it fronts. Then there’s the matter of the construction coming up the street. Would it not make sense to wait and retrofit the sidewalk as the beautification process sweeps through?

The city’s Traffic, Parking and Transportation Department offers some light: The shelter location was identified in both the Massachusetts Avenue Harvard-to-Porter planning process and the MBTA’s Key Bus Routes program. The stop at Lancaster Street was closed a few months ago and folded in with the stop in front of the Rite Aid, and the estimate was that there would be 100 riders a day, including plenty of elderly in the neighborhood. The owner of the building, George Lewis, who also owns the beloved Hollywood Express video store, embraced it, according to the city. Also, the Demonstration Block Improvements only a block away will stop at Garfield Street and not make it up to the Rite Aid stretch.

Still, given the way the Demo Block Improvements have been hailed and applauded by Neighborhood 9 residents and business owners, head-scratching over the obstructing bus stop persists. No other stop in the city is so noticeably obtrusive and unattractive. Even given the dimensions, the aesthetic blending-in seems to be a non-concern. If you don’t believe me, take a stroll toward Porter from the Starbucks on Shepherd Street: 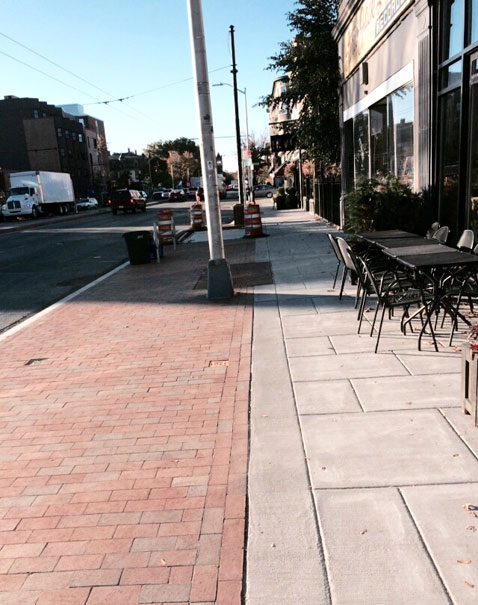 Your delight at the artful interweave of brick and concrete and well-placed bike rings will be strong until you pass the Changsho Chinese restaurant and Cambridge Trust Co. Then you see it: the antithesis, the ugly other side of what could have been.

For information or to express an opinion, contact the Traffic, Parking and Transportation Department here.