Postsecret Live comes to Harvard Square Monday, and you can still get in for free 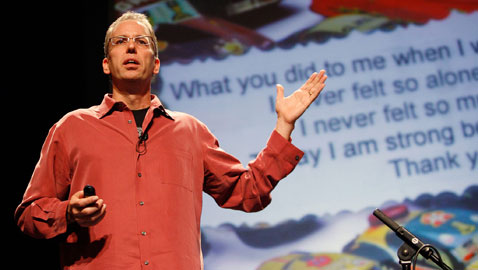 Postsecret Live comes to Harvard Square Monday, and you can still get in for free

Just as not everyone gets their anonymous secrets on PostSecret – the combination blog, art project, public therapy session and book publishing empire founded in 2005 – not everyone will make it inside the Harvard Coop on Monday to see the site’s founder, Frank Warren in the multimedia “PostSecret Live.” The event is first-come, first-served.

But Warren, who travels the world to show unpublished postcards, tell inspiring and funny stories and hear from audience members, has a special reason for shows taking place between now and the end of the year: “The World Of Post Secret,” the sixth collection of Postsecret art, comes out the same day. Copies will be available for purchase, and Warren will sign copies after he speaks.

Best to arrive early – with a site that boasts 692 million visitors since its founding, Postsecret Live events usually sell out. And this is a free event.