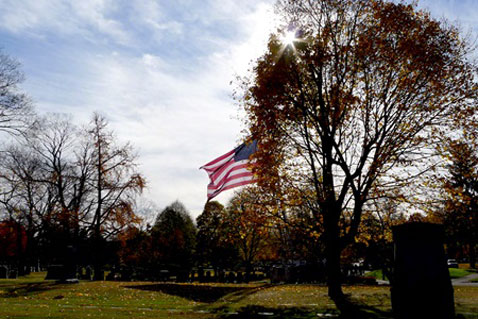 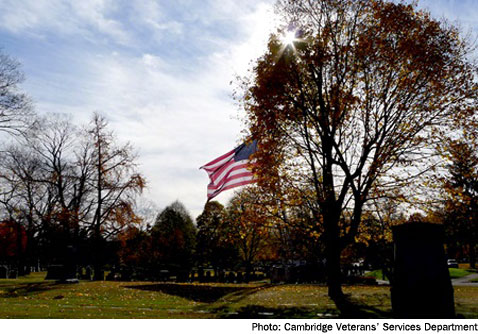 The Cambridge Veterans’ Organization and the city’s Department of Veterans’ Services will hold their annual Veterans Day Observance at 11 a.m. Tuesday at the Veterans’ World War I Monument by the main gate of the Cambridge Cemetery, 76 Coolidge Ave.

Veterans, police and fire department color guards will muster at the monument. Mayor David Maher will give the city’s remembrance, and city councillor Marc McGovern will read the City Council’s Veterans Day resolution. CVO president Phillip Anderson will serve as master of ceremonies.

Col. Bernard Flynn, of the state’s Army National Guard, will deliver the keynote address, and Steve Vesce, director of Cambridge Veteran’ Services, will place a memorial wreath at the monument in honor of all Cambridge veterans.

A Cambridge Rindge & Latin School drama student will read the governor’s proclamation and a music student will sing “The Star-Spangled Banner” and lead the audience in the singing of “God Bless America.” Bagpiper Edward O’Callaghan will play “Amazing Grace” followed by the CVO’s firing detail’s rifle salute and bugler Robinson Pyle blowing taps.

After the observance, a collation will be held at the American Legion Marsh Post 442 at 1 Gerry’s Landing. The public is invited.