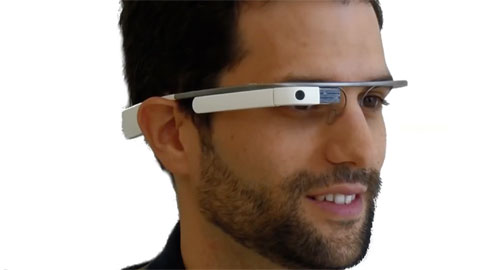 Take a deep breath. Relax the muscles in your body. Most everyone has heard these tips to manage stress and anxiety, but what if your glasses could remind you of them in real-time situations?

That is the goal for Javier Hernandez, a doctoral candidate in the MIT Media Lab working on an application of Google Glass that will let users track their physical and emotional state.

The application comes as part of interlinked projects called BioGlass and SenseGlass. BioGlass uses sensors embedded in Google Glass, a wearable technology with a head-mounted screen, to measure physiological signals of the wearer, such as pulse and respiratory rate.

It is one component of the SenseGlass project, which combines data from BioGlass with visual input of the surroundings from Google Glass’ built-in camera to help wearers better understand their emotional state. 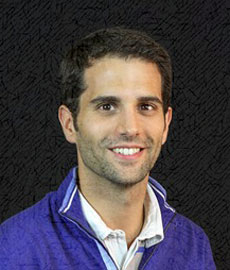 Javier Hernandez, a doctoral candidate in the MIT Media Lab, is working on a Google Glass application that lets users track their physical and emotional state.

While BioGlass and SenseGlass are in developmental stages, both possess a wide variety of applications, especially in terms of health and wellness. Hernandez hopes to have Glass detect when a wearer is feeling stressed and suggest actions to reduce that stress in the moment.

“The idea is that we are emotional people,” Hernandez said. “We use emotions to communicate with other people, and we are interested in connecting this with technology, especially Google Glass, which has a lot of capabilities in this area.”

In addition to stress management, BioGlass and SenseGlass have potential as fitness trackers, memory aids and even tools for people on the autism spectrum.

Hernandez, along with Rosalind Picard, director of the Media Lab’s affective computing group, programmed Glass to measure vital signs such as pulse and respiration based on subtle movements the headset experiences when the wearer breathes. With help from professors James Regh and Yin Li in the School of Interactive Computing at the Georgia Institute of Technology, Hernandez and Picard got Glass to capture data with a high level of accuracy in real time, according to a recent study.

“The validity [of BioGlass] is actually very strong,” Hernandez said, calling the results “very close” to those of a sensor approved by the U.S. Food and Drug Administration.

For Hernandez, the most significant application of BioGlass and SenseGlass is stress management. When someone experiences stress for long periods, the stress may become chronic and lead to headaches, diabetes, obesity or other health conditions, Hernandez said.

SenseGlass is able to give wearers a better window into their emotional state by providing cues on heart rate and respiration alongside visual input of surroundings. The goal is to help users become more aware of their own emotions and thus more capable of modulating them – something that can have a lot of potential in the field of medical care, according to Anthony Sossong, a clinical fellow in psychiatry at Harvard Medical School who works at Massachusetts General Hospital and for a startup business called Brain Power that’s focused around Google Glass and autism.

“Any information that helps contextualize emotions – whether that’s sensory data memory or environmental triggers or observation by others – can be vital in understanding emotional state,” Sossong said.

Data on emotional state could also help memory. When the device detects a user’s heightened physiological state, it can take pictures using Glass’ camera, producing a catalog of the most stressful or exciting moments a user experiences.

This can be particularly useful for people with poor memory, or possibly even dementia patients, Hernandez said. If Glass can capture the highlights – positive or negative – of someone’s day or week, it could help that person to review the events, providing what he called “prosthetic memories.”

While many applications of SenseGlass depend on its ability to make wearers more aware of their own emotions, the device also could be used to interpret the emotions of those around the wearer. For instance, a speaker wearing Glass in front of an audience may not have time to analyze the reaction of every audience member. Instead, SenseGlass could compute the intensity of smiles on each person’s face and provide an average reaction, which would prompt the speaker to alter the talk accordingly.

This ability to analyze the emotions of those around the user may have profound applications when it comes to people on the autism spectrum, said Karandeep Singh, a nephrology fellow at Brigham and Women’s Hospital.

“It might be useful in terms of helping people with autism understand cues in the environment,” including facial expressions, Singh said.

Work and fitness – but not yet

Outside of the medical setting, BioGlass could be used for careful fitness tracking. It could tell users how high their heart rates are during a workout or how fast they are breathing after a jog.

The project has applications in the workplace too. If employees are feeling tired during a long shift or operating dangerous machinery, Glass could sense decreased physiological signals and trigger a message to alert them.

For now, though, some medical professionals are wary of discussing too many futuristic applications of BioGlass or SenseGlass. Singh noted the many limitations of Google Glass itself – poor battery life, high cost and somewhat obtrusive design that make it difficult to adapt to the medical field on a large scale.

Sossong echoed this, saying there are many concerns that need to be addressed before BioGlass, SenseGlass or any application of Google Glass can be implemented in a medical setting.

“I can conceive of uses of this technology both by practitioners and patients,” Sossong said, “but the trick is to make sure the technology gets out of the way of the utility. There are various cases where this could be distracting or worrisome to patients and their privacy.” Some people may feel nervous about the prospect of being recorded on Glass’ camera, for example.

Hernandez said he is not worrying about the potential hurdles right now. He plans to continue his work through next summer and reevaluate.

“Ask me in a year, and maybe then I’ll be able to tell you how it will look on the market,” Hernandez said.

This story was produced under a partnership with the Northeastern University School of Journalism.