‘The Hunting Ground’: Quest to defeat sex assault becomes more of an odyssey 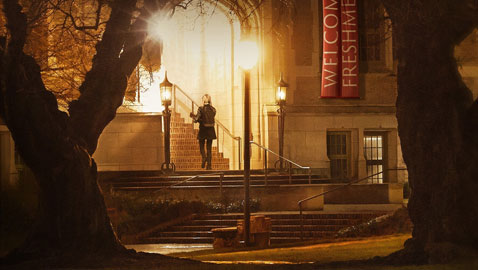 ‘The Hunting Ground’: Quest to defeat sex assault becomes more of an odyssey

Documentary filmmaker Kirby Dick again navigates the grim, dark terrain of sex offense, this time delving into the pervasive culture of rape on college campuses. The result in “The Hunting Ground” may be somewhat less effective than his sharp, Oscar-nominated depiction of sexual assault and the subsequent cover-ups within the military in “The Invisible War,” but no less poignant. The timing of the film couldn’t be more apt or ironic either, as trending frat house SAE (Sigma Alpha Epsilon, or “sexual assault expected” as the film has it) makes national headlines this week for its racist rites and gets tagged here for rampant drink, drug and bag tactics. It seems that where there’s smoke there’s fire. 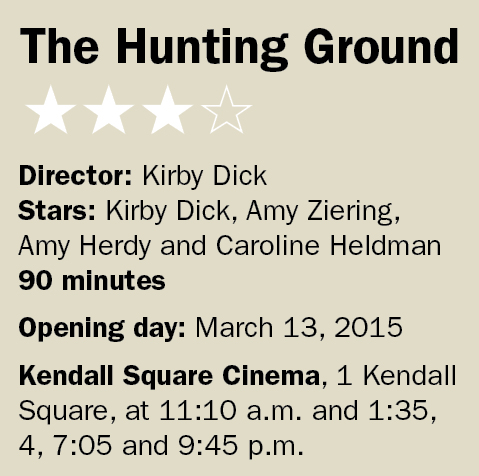 The film centers on two former assault victims, Andrea Pino and Annie Clark, young women who through diligence and genuine concern for others become de facto activists and leverage Title IX to hold schools accountable. Their quest, while earnest and just, meanders at times. It’s here that Dick seems to have lost his way as well, but as the girls’ state-hopping odyssey continues onward he uses their quest to float the notion that nothing is being done at these universities because the presidents don’t want a scandal – any type of stain or negative publicity could mean the loss of funding and well-heeled applicants. “We don’t condone rape, but it never happens” seems to be the mantra from coast to coast, and god forbid if it’s a prized student athlete caught in the crosshairs.

Most moving is the testimony of Erica Kinsman, who alleged she was raped by Heisman-winning quarterback and certain NFL first-rounder Jameis Winston. The pain and anguish she endures as she’s pushed aside by authorities and administrators at Florida State is as palpable as it is frustrating. What’s telling is her composure and the deep-seeded support from her parents, who until then bled FSU red. Also picked out in the film are Harvard President Drew Gilpin Faust, who refused comment.

If “Hunting Ground” feels manipulative and forced, it is with good cause. The starkly detailed sexual assault stats are eye-popping (one out of every four women will be assaulted), especially the percent of such transgressions perpetrated by jocks and fraternity brothers. It’s hard to say if such a pandemic was always there, hidden under the covers and now being brought to light, but the film reminded me of the ignominious distinction my college earned during such a scandal – making the front page of The New York Times. I wrote an op-ed piece about it in the Huffington Post. The whole thing made me fearful for my daughter and ashamed. “The Hunting Ground” underscores all that and brings to light the faces wronged and those looking to make it stop.