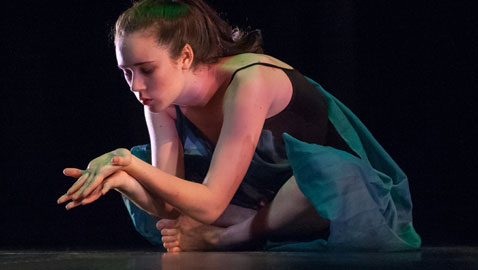 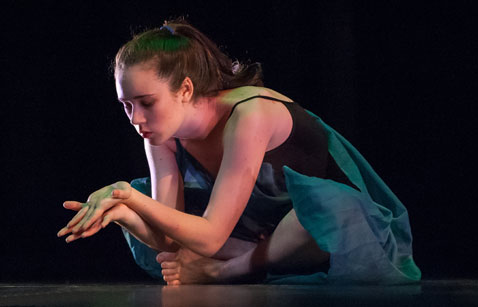 Dancers ranging in age from from 10 to 24 are touring with “Pieces of Now” to help fight cancer in children and adolescents. (Photo: UML Photo)

A touring dance production hopes to help the 10,450 kids diagnosed with cancer every year, but the inspiration for the production is a single girl for whom the effort comes too late.

“Pieces of Now” is brought to Harvard Square on Thursday by IBIT Dance (the acronym stands for “Intrinsic Beauty of Invisible Things”) and its executive and artistic director, Brenda Lynn Siegel – a family friend of Alexis “Lexy” June Giallella of Brookline, Vt., who fought cancer but died Nov. 12, 2013, at age 15. 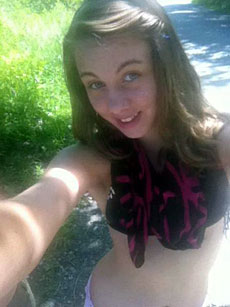 After Lexy’s death, Siegel said, she knew she had to do something to bring attention to childhood cancer – the leading cause of death by disease in children and adolescents in the United States – through her work as a choreographer.

The result was “Pieces of Now,” which incorporates audio from Lexy’s family and tells their story, as well as that of a community that Siegel said pulled together for support during the struggle and grieved with her family afterward. Its dancers range in age from 10 to 24.

“This piece is like a ballet for modern dance,” Siegel said. “The choreography is meant to allow people to take a look at this problem and really see it.”

After Cambridge, the production moves on to the East Street Dance Center in Hadley for a 7:30 p.m. Friday show, then up to Brattleboro, Vt., and to Lebanon, N.H., with half the proceeds of the tour going to the pediatric hematology and oncology unit at the Children’s Hospital at Dartmouth-Hitchcock and matched by a youth-focused nonprofit called Positive Tracks.

Lexy’s family is hoping people come out. “No parent should have to lose their child. I am really hoping that people support this project so that we can raise awareness about this issue,” said Lexy’s father, Robert Giallella. “That way Lexy can make a difference and change a part of the world that needs to be changed.”

“Lexy was a fighter. She never knew the word ‘can’t’ and always stayed positive, with a great sense of humor,” said Cherish Clark, Lexy’s mother. “Childhood cancer needs to be brought to light so no other parent has to go through what our family and friends went through.”