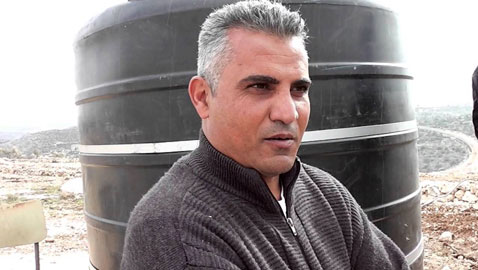 A virtual United Nations of social justice groups are offering a glimpse of the Palestinian struggle Wednesday from a Palestinian’s point of view – and a noted Palestinian at that: Iyad Burnat, whom some might know from the Oscar-nominated film “Five Broken Cameras.”

Burnat is coordinator for the Popular Committee in Bil’in, Palestine, a farming village in the occupied West Bank. As shown in the 2011 “Five Broken Cameras” – co-directed by Guy Davidi and Burnat’s brother, Emad Burnat – he has organized weekly nonviolent demonstrations for a decade protesting the actions of Israel, sometimes joined by traveling dignitaries including former president Jimmy Carter and South African Archbishop Desmond Tutu.

The Palestinian protests are against “confiscation of their land, destruction of their olive trees and Israel’s illegal ‘Separation Wall’ and settlements,” organizers say.

“Burnat will talk about what life is like under Israeli occupation, his village’s ongoing struggle for justice and freedom and what inspires him to continue on the path of nonviolent resistance,” they say.

After two talks in Boston this month, on Wednesday Burnat is scheduled to make one appearance at Tufts University – at noon at Room 304 in the Tisch Library, 35 Professors Row, Medford – and another in Cambridge, at 7 p.m. at the Cambridge Forum of First Parish Cambridge Unitarian Universalist, 3 Church St./1446 Massachusetts Ave., Harvard Square.