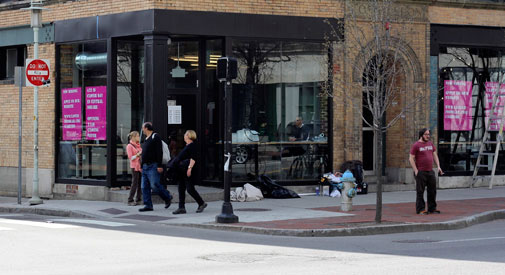 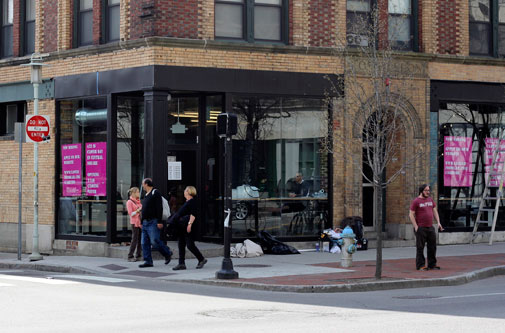 CloverHFI – the Central Square eatery about to open and become the city’s only 24-hour restaurant – wound up not having to delay the start of its three-day rollout schedule.

“The restaurant is beautiful, we are approved to make food, but are finishing up all our pre-open inspections so that we can be approved to sell,” said Lucia Jazayeri, communications director of the small, local chain, in a Tuesday email. Fortunately, the final building inspection took place on time, and managers knew by 11 a.m. Wednesday that everything was set to go as planned. 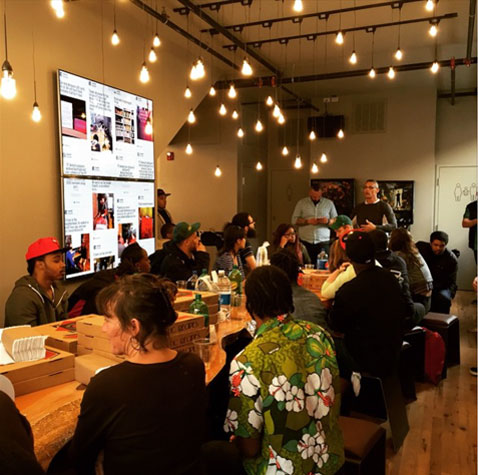 The new Clover restaurant, the sixth, is at 496 Massachusetts Ave, Central Square, and named after the former tenant, Hi-Fi Pizza. To honor Hi-Fi’s decades-long role as last stop after a show at The Middle East, T.T. the Bear’s or other nightclub, bands “eat free forever” at CloverHFI upon presentation of a playbill proving they played the Middle East that night, Jazayeri said.

There will also be a retail area with take-home food, groceries from Clover suppliers such as Grafton Cheddar and Backyard Farms Tomatoes, favorite books about food and hard-to-find food magazines from all over the world, “from Belgium to Beirut to Great Britain,” she said.

Today is free-sandwich day, with the free stuff lasting from noon until it sells out. All proceeds go to local agriculture deliveries for low-income Central Square residents, Jazayeri said.

Thursday is an open house, with coffee and doughnuts in the morning – and the chance to check out the space and play pinball – but otherwise no food for sale as 35 new staff members are trained.

Friday is to be the first 24-hour day at Clover, with breakfast starting at 7 a.m., the lunch menu at 11 a.m. and the late-night menu starting at midnight.

The first 24-hour shift comes with drawings for prizes from 10 p.m. to 3 a.m. that include $100 gift certificates at Craigie on Main, Viale and Veggie Galaxy, a limited-edition glow-in-the-dark CloverHFI T-shirt, free midnight menu items throughout May and knife skills classes for the winner and eight friends. Prizes will be announced on Twitter and via Instagram.

“Thanks all for your patience,” Jazayeri said. “We can’t wait to serve you in Central Square.”

This post was updated April 22, 2015, to reflect that inspections took place on time to allow free-sandwich day to start at noon.