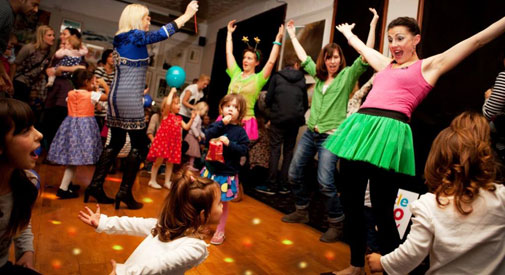 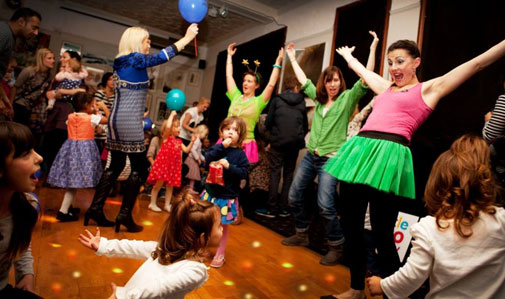 A first – and free – family disco is coming Sunday, but because this is Cambridge there’s more than mirrored balls and 1970s-era samples and spins to be found at The Middle East Downstairs: This family dance event comes with kid-friendly activities in science, technology, engineering, arts and math.

“Even though it’s incredibly fun to do disco and just have space and lights and dance around, we’re all about STEAM,” said Robin Lapidus, executive director of the sponsoring Central Square Business Association.

So while hosting a disco for kids 4-13 and their parents is by no means original – it’s “very popular in other large cities, particularly New York, where there are many family discos, even baby discos,” Lapidus said – at the Cambridge version there will also be a few tables set up by nonprofits to provide imagination-sparking breaks from music and dancing.

“This is our first, our pilot, but we really hope to be able to invite more nonprofits in the area to really have an impact and see how much fun doing STEAM is, getting kids started early and parents thinking about many of these opportunities are really widely available,” she said. “Many are free and many take place outside the walls of museums and institutions.”

Another quirk unique to Cambridge: Music at the event will come from two local 10-year-old DJs – Jonah, who spins as Rubix, and Cambridge’s Nico – whom Lapidus said are graduates of the summer Beat Academy of the Mmmmaven Project music and DJ school and producer of the Together music festival, also going on through Sunday across Cambridge, Boston and Allston.

The Together festival is another sponsor of the family disco, making it “a concept on message with the Central Square Cultural District,” Lapidus said. Other sponsors are the city’s EL STEAM Network and Middle East nightclub.

“The Middle East is very graciously sponsoring,” Lapidus said, allowing the event to be free. “We’re hoping to strike the right balance to keep them free in the future.”

Kid-friendly food and drinks will be for sale, and organizers have posted a few rules, including that children must be chaperoned by a parent or guardian, and parents must stay downstairs during the event; adults must be accompanied by a child to be admitted, and the event seeks a ratio of one parent to every two kids. While the event is geared toward kids aged 4 to 13, younger siblings are welcome with parental supervision.

The free Central Square STEAM Family Disco is from 1 to 4 p.m. Sunday at The Middle East Downstairs, 480 Massachusetts Ave., Central Square. Information, free tickets and a donation opportunity is here.