‘Felix and Meira’: Their love is unorthodox, but that’s not interesting enough on its own 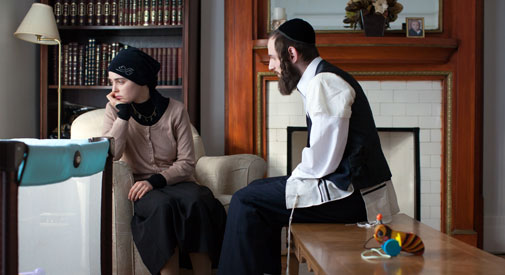 ‘Felix and Meira’: Their love is unorthodox, but that’s not interesting enough on its own

Moving along monotonously, “Felix and Meira” is frustratingly little more than snapshots of two characters, forcing the audience to fill in the blanks. Despite a confident director, well-framed cinematography that uses natural surroundings and strong performances from the leads, the film only hints at what it could be. 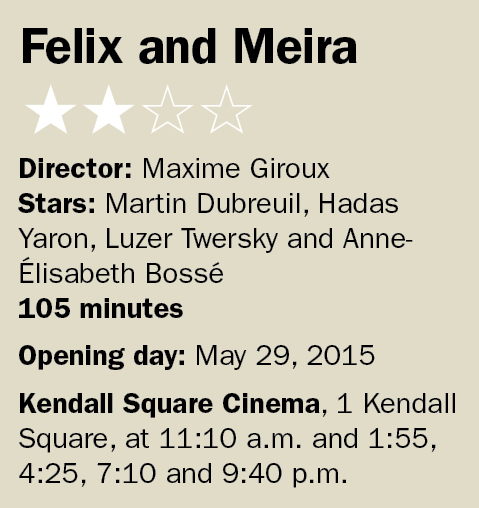 Directed by Maxime Giroux, the story follows Meira (Hadas Yaron), a Hasidic Jewish wife who’s begun to question her place in life, and Felix (Martin Dubreuil), a  wandering loner dealing with the recent loss of his estranged father. One day they experience an inexplicable pull toward one another, moving from brief acquaintances to friends and ultimately to something more. They are forced to deal with the restrictions of Meira’s religion, their burgeoning feelings and the family Meira has at home, including a young child and a husband deeply rooted in their Orthodox community.

There is a version of this film that has a greater story to tell than the romance it centers on. It’s a film in which Meira’s curiosity drives the narrative, where her inquiring nature, love of music and want for experience is the catalyst to her exploration of life outside her household. And the romance we get is fine in the abstract, but the execution is weak; actors Yaron and Dubreuil share little chemistry, while separated, the two shine. Yaron allows us to see past the emotional barriers she’s placed around herself and has an odd yet appealing self-conscious nature, and Dubreuil has an effortless charm – but for the entirety of the film I kept wondering why we were supposed to believe they were so drawn to one another. Was it simply timing? Regardless, suspension of disbelief shouldn’t be used when it comes to the core pairing of the film.

If there’s anything to celebrate, it’s that a familiar story is told in an uncommon perspective. It’s not often our eyes into the world of romance films are those of a Hasidic woman, and it’s the fresh perspective – coupled with little moments – that hint at bigger possibilities: her trying on a pair of jeans and being decidedly uncomfortable, complaining about them being too tight, or Meira and Felix playing table tennis and being terrible at it. There’s an underlying sweetness to the film, but its quiet nature and the general lack of depth between the two actors makes it difficult to determine what the film is trying to convey.

Giroux lingers far too long on individual shots, telling a story on a very thin script and expecting that the actors (with their absent chemistry) can sell it. Stronger moments come when the camera focuses on the characters’ isolation, such as Meira alone on a rooftop in the middle of winter with the city as her backdrop, or their total infatuation with one another, such as a moment of quiet connection on a windowsill towering over the world below.

Despite the flaws, I’m curious to see what Giroux does in the future. This film may be worth watching just to see a fresh talent arrive on the scene.