Starting on your ‘Complete Robert Altman’ at HFA? Epic ‘Short Cuts’ is long on talent 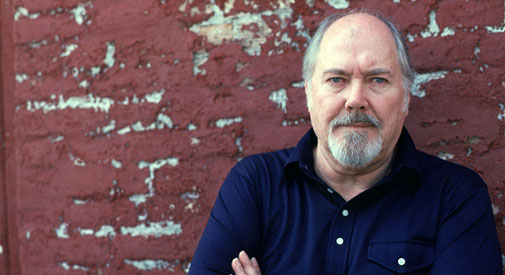 Starting on your ‘Complete Robert Altman’ at HFA? Epic ‘Short Cuts’ is long on talent

Beginning today and running through Aug. 31, the Harvard Film Archive hosts “The Complete Robert Altman,” a retrospect on a dauntingly prolific filmmaker that includes all of his feature films, including “Nashville,” “3 Women,” “Short Cuts” and “Thieves Like Us,” along with some rare made-for-TV work. 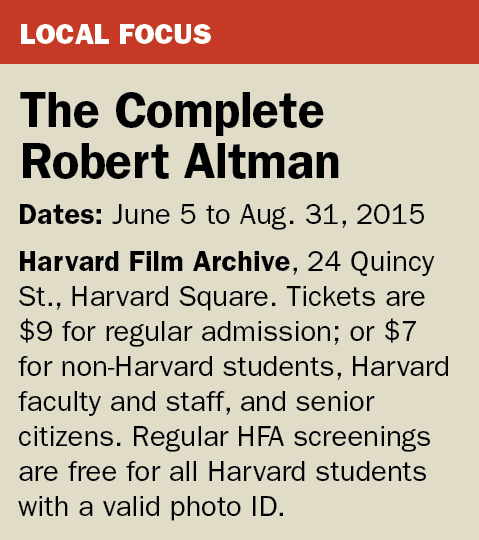 Looking at his filmography, it’s easy to wonder where to start. Altman directed period pieces, thrillers, romances, wartime satire and interconnecting dramas such as tonight’s 7 p.m. series opener, “Nashville” (1975), one of  his early greats, and “MASH,” the 1970 Donald Sutherland/Elliot Gould film about the staff of a Korean War field hospital, showing June 13. As someone whose youth was spent marathoning the television version of “M*A*S*H,” I’m interested in seeing how the two compare. “Vincent and Theo,” Altman’s underrated 1990 film about Vincent van Gogh and his brother, plays June 19.

July serves up a variety of picks, such as “Thieves Like Us” (1974), about two convicts who break out of Mississippi State Penitentiary in 1936 before going on a bank-robbing spree, playing July 11, and the Tim Robbins-led “The Player” (1992), about a Hollywood studio exec, playing July 30.

But if there is one film I’m truly excited about, it’s “Short Cuts” (1993), with its embarrassment of talent in casting, including Julianne Moore, Robbins, Jack Lemmon and a young Robert Downey Jr. (“Short Cuts” plays at at 7 p.m. Monday.) P.T. Anderson’s behemoth of a drama “Magnolia” (1999) is quite possibly one of the greatest films I’ve seen, and its structure of interwoven mundane moments of life lit up and intimate character spotlights probably couldn’t have happened without “Short Cuts” happening first. Altman, nearly always described as a filmmaking “maverick,” pioneered naturalistic setting and style, adopting a dialogue-heavy style and a less-is-more way of shooting that bucked a tradition of glossy fanfare in big Hollywood mega-hits.

He was nominated for Oscars five times, for “Nashville,” “Short Cuts,” “Gosford Park¸” “The Player” and “MASH,” but only ever took home an Honorary Award statue from the 2006 broadcast. It’s exciting to dive in anywhere in this summer-long look at the art he’s created.