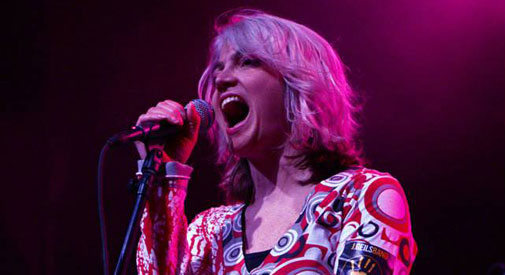 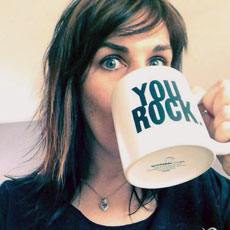 Women who rock (and the people who rock with those women) are having a big month, with the three-day Girls in the Garage festival coming June 18-20 to the Lizard Lounge and a 53-band compilation called Keep Safe Boston 2015 available for download now – and several bands showing up on both.

This is the second year for the digital compilation, with last year’s slightly smaller version going live in November to benefit Planned Parenthood and the playlist made available Tuesday giving all proceeds to Respond, a Somerville nonprofit that serves survivors of domestic violence, including running an emergency shelter for affected families and individuals.

Keep Safe Boston founder Angelle Wood, a DJ at WZLX specializing in local bands and running the annual Rock ’n’ Roll Rumble, announced last month that she would be teaming with the music festival, telling Michael Marotta of Vanyaland on Tuesday “we are stronger together.”

The compilation is pay-what-you-can, set at a $1 minimum. Each of the 53 Boston and New England artists donated their music.

The official pitch for the compilation plays up its “exclusive, never-heard-before songs”:

… from Le Roxy Pro and Chris Duggan (of the Goddamn Draculas) and Kevin Stevenson (of The Shods), who each recorded songs especially for KSB. There’s also an exclusive version of  Waltham’s “Call Me Back (Big Rock Remix!)” and Three Day Threshold’s Kier Byrnes’ brand-new solo tune, “When All The Money’s Gone.” Other songs that appear nowhere else include: Analog Heart’s “Come Alive,” about a woman in an abusive relationship; Emily Grogan’s “Day Off”; and the Feints’ “Berklee Boys.”

D’Angora said her festival fills a vacuum in a couple of ways, including a simple one: In terms of rock gatherings, the June calendar is pretty empty. The other answer is more important.

“If you ask someone in the music community what they think is the hardest-rocking band in Boston, they’d probably answer with an all-guy band,” she said. “I want to highlight some of the female-based or fronted bands that rock ferociously, just to spread the good word.”

The event, which she hopes to hold annually, started out as a single night; it was Billy Beard, the booking agent for the Lizard Lounge and the Toad club in Porter Square, who suggested adding another night to make it a festival. D’Angora said the third night was added because of the “overwhelming interest of the local music community.”

Each night has six bands:

The Girls in the Garage festival takes place June 18-20 at The Lizard Lounge, 1667 Massachusetts Ave., between Harvard and Porter squares. Information is here. The Keep Safe Boston 2015 compilation is here.