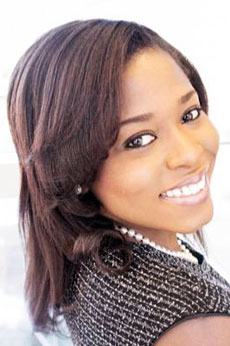 From the Minka vanBeuzekom campaign, June 25: City Council candidate Minka vanBeuzekom announced today that her campaign will be managed by Nora Gay, a longtime Cambridge resident with a successful record of organizing grassroots campaigns.

“Nora’s local experience, political savvy and strong organizing skills, along with her roles in numerous Massachusetts grassroots campaigns, make her the perfect choice to lead this campaign. I am thrilled to have her as our campaign manager,” vanBeuzekom said.

“I am honored to join Minka’s fight for families across Cambridge and a sustainable, thoughtfully planned future for our city,” Gay said.

Gay served in 2013 as field director for vanBeuzekom’s reelection campaign. In 2014, she served as campaign manager for the Committee to Re-Elect Linda Dorcena-Forry, state senator in the 1st Suffolk District. Before these positions, she helped roll out the neighborhood-based social media platform NextDoor. Her interests in politics began in the legislative affairs office of state Rep. Timothy Toomey and in the offices of former U.S Sen. Richard Lugar.

Aurelia Seif of Seif Consulting, a local information technology consulting firm, will be providing IT infrastructure and support to the campaign.

The official campaign kickoff will be held from 4 to 7 p.m. June 28 at the 100 Landsdowne St. apartment tower in University Park. Donations of time, energy and funds are very much appreciated.