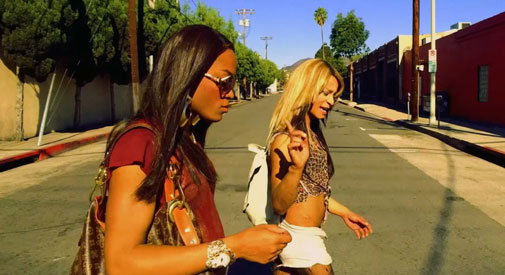 “Tangerine” is the kind of film you probably wouldn’t have seen five or 10 years ago. For one, it was shot on an iPhone 5s (several, actually) and stars two transgendered actors. The last mainstream – albeit indie – film to feature a transgendered main was “Transamerica” (2005), in which Felicity Huffman played the cross-gendered protagonist; she was deservingly nominated for an Academy Award in the Best Actress category. “Tangerine” was clearly shot and conceived before the public transition of Caitlyn Jenner, but the conjunction of the two raises new awareness. 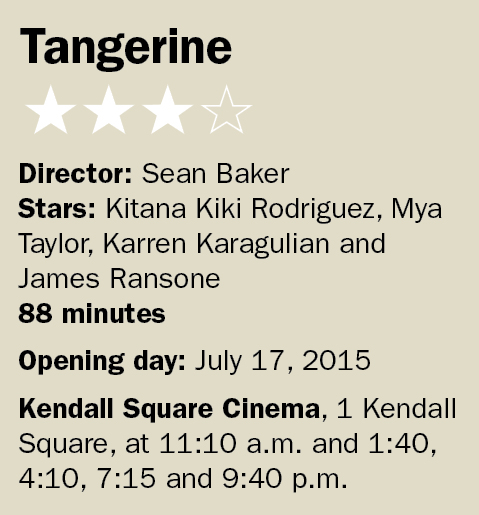 Beyond the tightly coiled energy of Kitana Kiki Rodriguez, who plays Sin-Dee, a motormouth streetwalker newly out of jail and anxious to catch up to her cheating beau, what makes “Tangerine” kick is the fantastic editing and scoring by Sean Baker, who also writes, directs and shoots. The combination boasts a kinetic buzz that simultaneously emulates and accents Sin-Dee’s vulnerable rage as she plows through trash-strewn streets and seedy alleys looking for Chester (James Ransone) who, as her bestie Alexandra (Mya Taylor) puts it, has taken up with “a real bitch, vagina and all, real bitch.” (If the word offends, skip “Tangerine.” because it’s dropped as frequently as the article “the”).

The film begins and ends in a doughnut shop in a gritty section of West Hollywood, but follows three threads: Sin-Dee, collaring the other woman, Dinah (Mickey O’Hagan) in the middle of a trailer park-esque sex party – a depraved scene down at a level reserved for the likes of (early) John Waters and Harmony Korine; Alexandra, wandering through the burnt-out industrial landscape worried about Sin-Dee and mixing it up with a few johns – she points out to one parsimonious trick that she’s “got a dick too” and is willing to throw down to collect her pay; and Razmik (Karren Karagulian), a married Armenian taxi driver who likes to perform oral on transgendered beings of the night. A meet-up with Chester becomes inevitable.

It also happens to be Christmas Eve, bringing into sharp focus the freedom, hopelessness and loneliness of life on the street. But as the frenetic climax comes, “Tangerine” slips up, losing some of its mojo – where there once hung a stocking stuffed with edginess and unpredictability, something like a JV Judd Apatow effort fills the sock.

No matter. What Baker has cooked up here with verve, can-do, vision and a stellar effort from a cast who feel like they genuinely inhabit the skins of their characters should register as a jewel of wonderment and is most certainly a promise of bigger things to come.